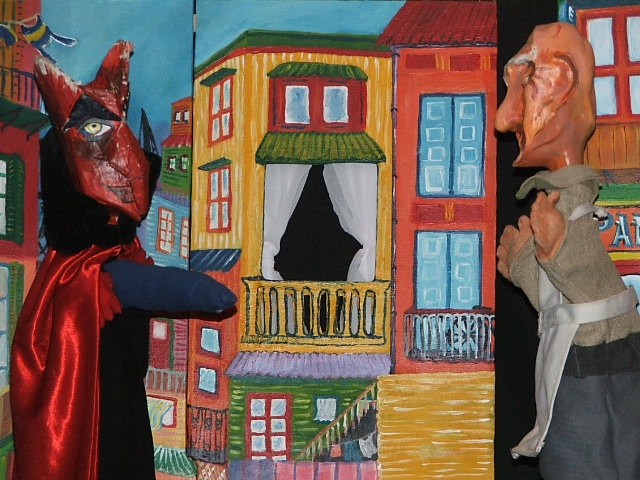 Aimed at children between 5 and 12 and families.

Teatro Libre del Sur comes from Argentina and has toured all national festivals in Argentina for more than 25 years. They deliver about 200 performances every year in festivals and schools in their country. They organise the Winter Patagonia Circuit Puppet Festival and the Golfo Azul International Puppet Festival.

The action takes place in one of the most representative quarters in Buenos Aires, La Boca, which received the first Italian immigrants. The usual characters of this area are altered by the presence of a being that comes to demand bread and food by means of boldness, jokes and cunning. The local baker Don Vermicheli will defend the rights of his neighbours and will send away this being from the afterlife with its tail between its legs.
It is a classic of hand puppetry where fantasy becomes the human and the human becomes fantasy.