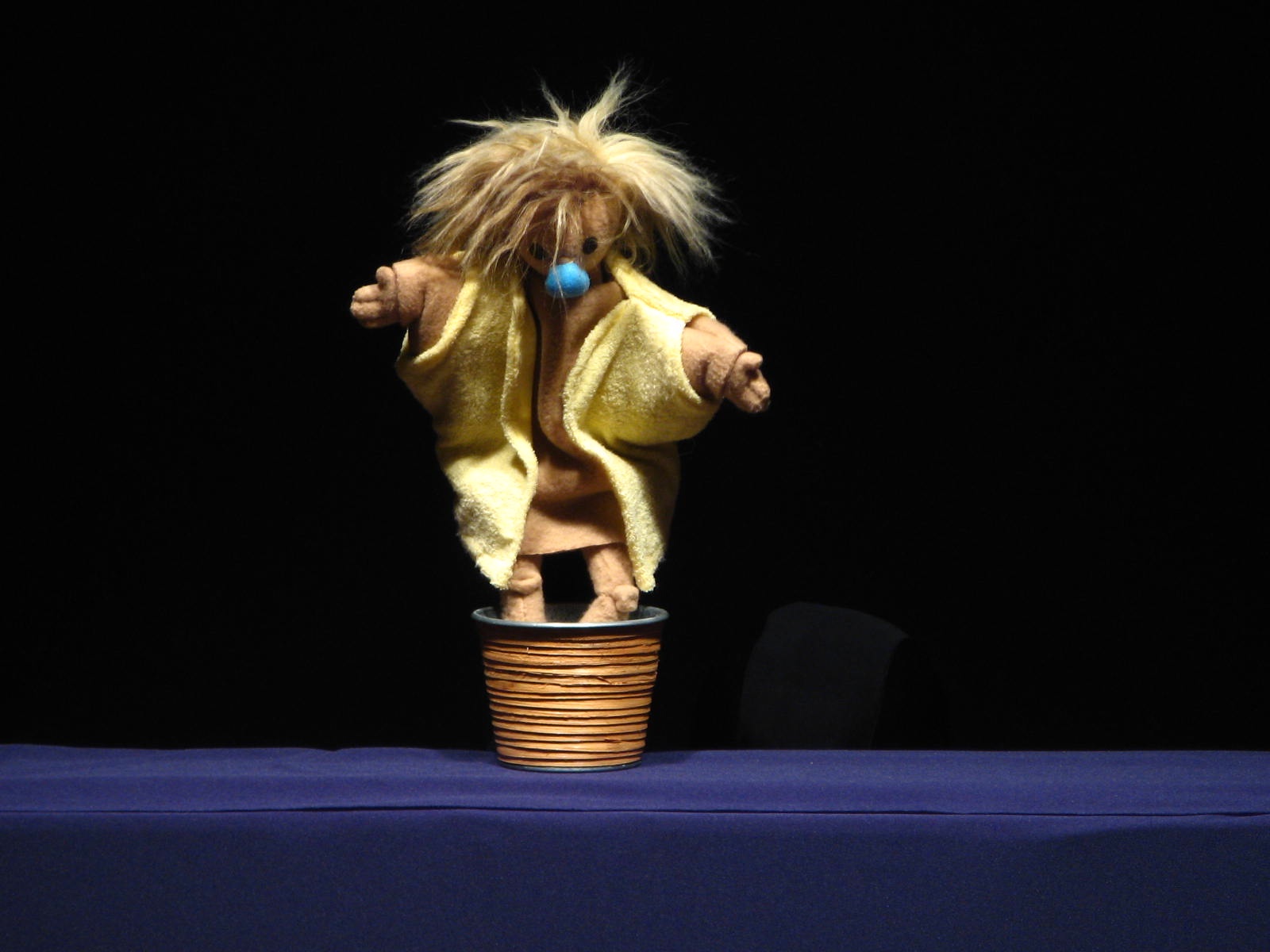 Aimed at children between 4 and 8 and famiies.

Since its inception in 1990, company Yheppa has been developed as a research and experimental collective using different mediums of expression that are interconnected and shape the scenic arts.
Sound, music, words, light and darkness, the language of the objects, puppets and the body.

The company has received the following awards:

It has participated in the following festivals:

The magic of water travels into the theatre and drop by drop creates its stories.
A character is born from movement. It is magically transformed and rises from a fountain to transports us to a world of play where objects shaped like two raindrops, an umbrella and a washing up bowl bring us closer to the myriad of forms of the precious liquid. This is a story of magic, friendship, the beauty of the universe but also a story of greed and generosity. The value of water is the value of one’s own life.
Yheppa brings to the scene a performance for children between 4 and 8 years and families filled with dark light, dancing, magic, acting, puppets, objects and image projection.