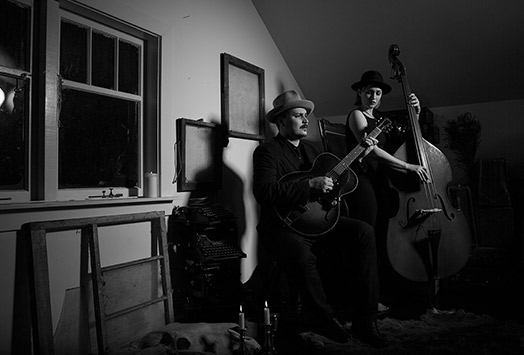 Blue Moon Marquee are a duo of gipsy blues passed through their own filter, from the badlands of the prairies of the Canadian Rockies. They play their own songs influenced by the most primitive blues, folk roots, swing and ragtime. A.W. Cardinal, from the Metis de Cree ethnic group, howls with a powerful voice and plays the guitar influenced by both blues and jazz. Jasmine Colette, also known as Badlands Jazz, is the rhythm section that not only plays the double bass but, in turn, plays percussions with her feet. Their fiery performances and their fiery chemistry on stage are the house brand, and what makes the public go crazy.