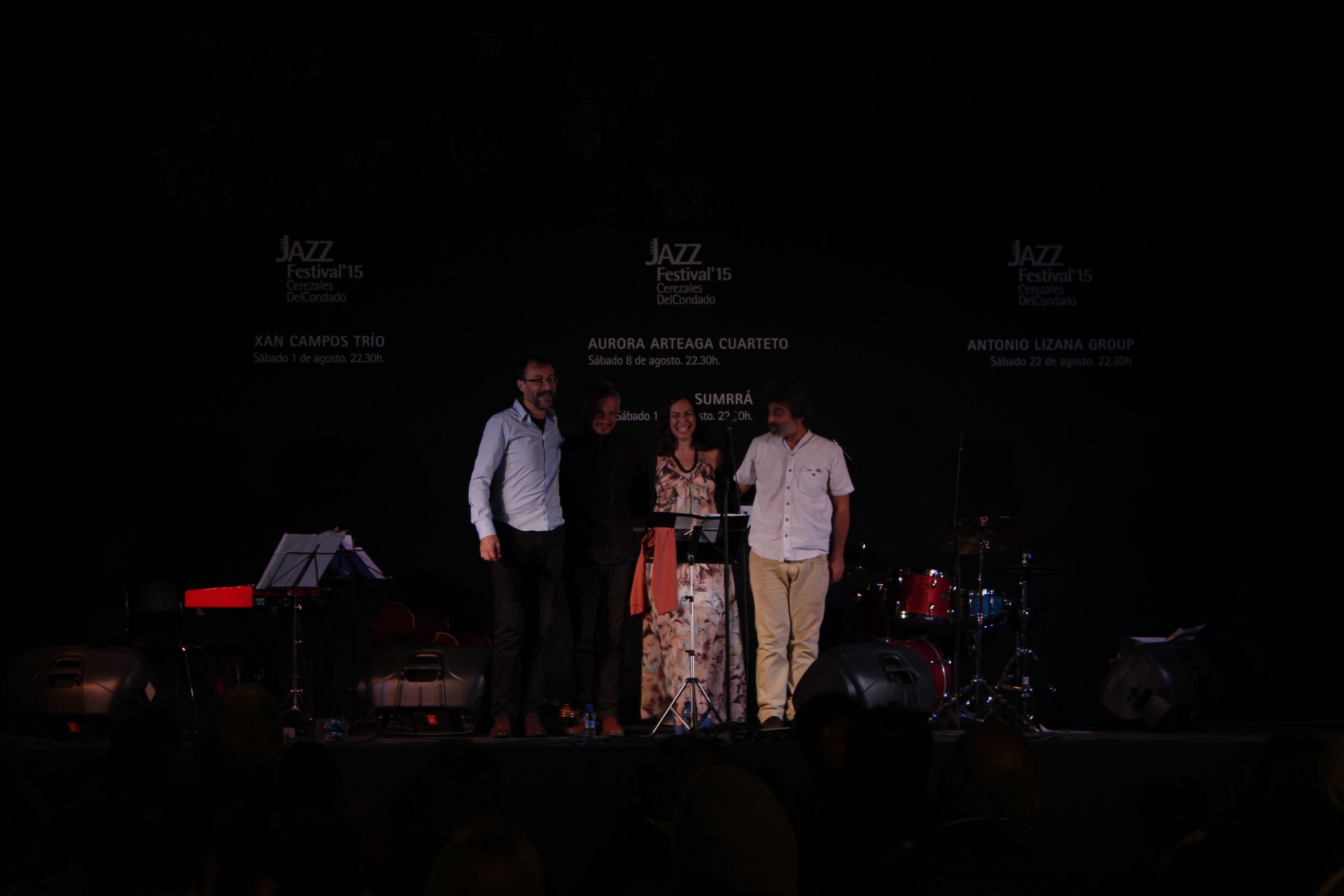 The members of the quartet are young musicians educated in Spain, United States and Holland who are regular in European and Spanish Jazz Scene.
They offer an imaginative and fresh jazz, keeping the links with jazz tradition and the emotional content of the music.
The band begins in Madrid in 2007 thanks to the singer and writer, Aurora Arteaga. Next, searching for their own musical language, Aurora, takes her music to Finland, India or Portugal and finally settle down in País Vasco and New York. Her compositions are inspired by her travels, everyday life or the sound environment of towns, such as a walk in the woods or the sound inside a laundry in New York.

Her voice is the core of the quartet, with almost instrumental coloured sounds and the aim to act on the collective sound as an instrument supporting the other three: double bass, drums and piano.

Among their repertoire, influenced by a variety of music styles, there are classics of Jazz and Brazilian music, original pieces and some other not so common genders such as Chorinho or Afro-Peruvian music.

The quartet has taken its music to featured jazz clubs and to Madrid Jazz Festival, Ellas Crean, Nights of Wine and Jazz Festival or Vitoria Jazz Festival. They have played at Victoria Eugenia Theatre, Arenal Theatre in Madrid, Canal Foundation’s Theatre or the Sea Museum in Bilbao. During her period in New York, Aurora has taken the band and other projects to clubs like Somethin’ Jazz Club, New York Live Arts, Kitano or The Gallery – Casa Mezcal.