Cycle of conferences “Back to the origins. New perspectives and findings in the study of human species and their evolution” 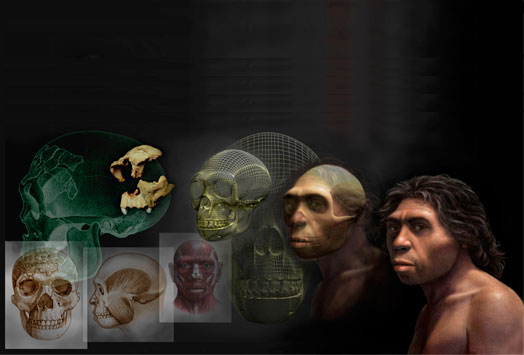 Cycle of conferences “Back to the origins. New perspectives and findings in the study of human species and their evolution”

Back to the origins

On the occasion of the exhibition “Origin. A walk through the theories of human evolition” of the photographers Bleda and Rosa, we celebrate this cycle of talks that will bring us closer to the latest findings in the field of paleontology and archeology as well as the different theories framen in the study of the human species and its evolition. With free entry until full camacity.

Mauricio Antón. In search of the face of our ancestors: work techniques in the reconstruction of fossil hominids.

When the public faces a paleontological illustration, a question arises: to what extent does that image reflect the true appearance of living beings and the landscapes of the past and to what extent is the product of the artist’s imagination? The so-called “paleoart” is an activity that combines art and science to make visible scientific hypotheses about extinct life forms. To achieve this goal we combine the contributions of disciplines such as comparative anatomy, biomechanics, paleobotany or computerized visualization in 3D. The reconstruction of our relatives the extinct hominids is a good example of this process, which begins with the study of fossils from various sites, continues with the integration of archaeological data on the behavior and culture of our ancestors, and is completed by the observations of current natural reserves that represent ecosystems intact enough to give us an idea of ​​the world in which the unique characteristics of our species were forged.

This year marks the 40th anniversary of the beginning of systematic excavations in the deposits of the Sierra de Atapuerca. Since then each summer more than 1500 people have worked to discover thousands and thousands of archaeological and paleontological remains that allow us to know many facts about our past. To date, fossils of five different hominid species have been recovered, as well as remains of their culture, animals and plants which they lived with. Sierra de Atapuerca is a unique and exceptional place that allows the study and evolution of different human groups for more than one million years to date. This exceptional reason that in 2000 UNESCO will integrate these deposits in the list of World Heritage Sites.