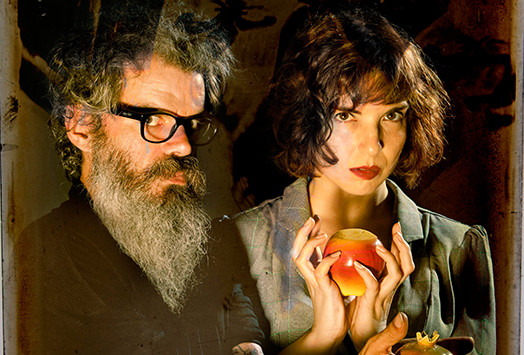 The artist, producer and luthier, Raúl Frutos, also known as Captain Beefheart de la Huerta del Segura, together with the photographer and music promoter Inma Gómez, formed Crudo Pimento back in the summer of 2012. Thanks to its homemade instruments and impossible tunings (stick from a rope, marímbula made with leaves of saw, frying pans and saucepans held with ropes and clothes pegs), as well as its original and risky proposal, they surprised both press and public from the first moment because of its powerful and not foreseeable direct. The tour of his fourth album, Pantame, recorded in New York during 2018 with producer Marco Buccelli, promises many new novelties.