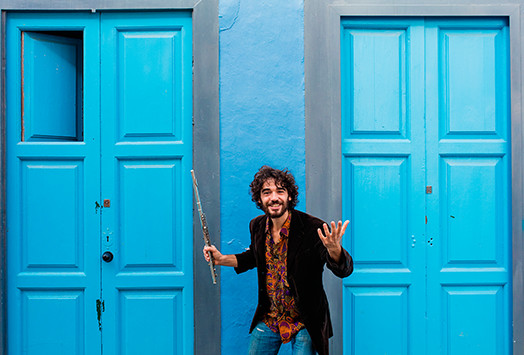 The compositions of Ermanno Panta & Banda Zeitun transform Mediterranean soundscapes into ethnic jazz. Sicilian at Formentera, islander in another wonderful island, Ermanno composes and sings with the voice of the immigrant. This is the origin of Isla Musa, the band’s first album that has been recorded thanks to the support of the Institut d’Estudis Baléarics (IEB) and will be published and distributed in 2019 by Narrator Records, recorded in studios of Budapest, Madrid, Granada and Seville, with the participation of exceptional musicians from the Balearic Islands, Sicily, Catalonia, Andalusia, Hungary, Senegal, Argentina, France, Morocco, Israel, Cuba, Chile and Serbia.

Castilian, Sicilian, Arabic: these are the languages ​​that kiss the shore of Isla Musa offering a symbolic commitment to diversity. But in the face of this eclecticism, the result has been described as a “delicious amalgam of sounds coming from traditional Sicilian music, jazz and flamenco”. Trance searching, joy and modern taste coexist in a vibrant and warm live that manages to poetically gather ballads, flamenco styles and tarantella.