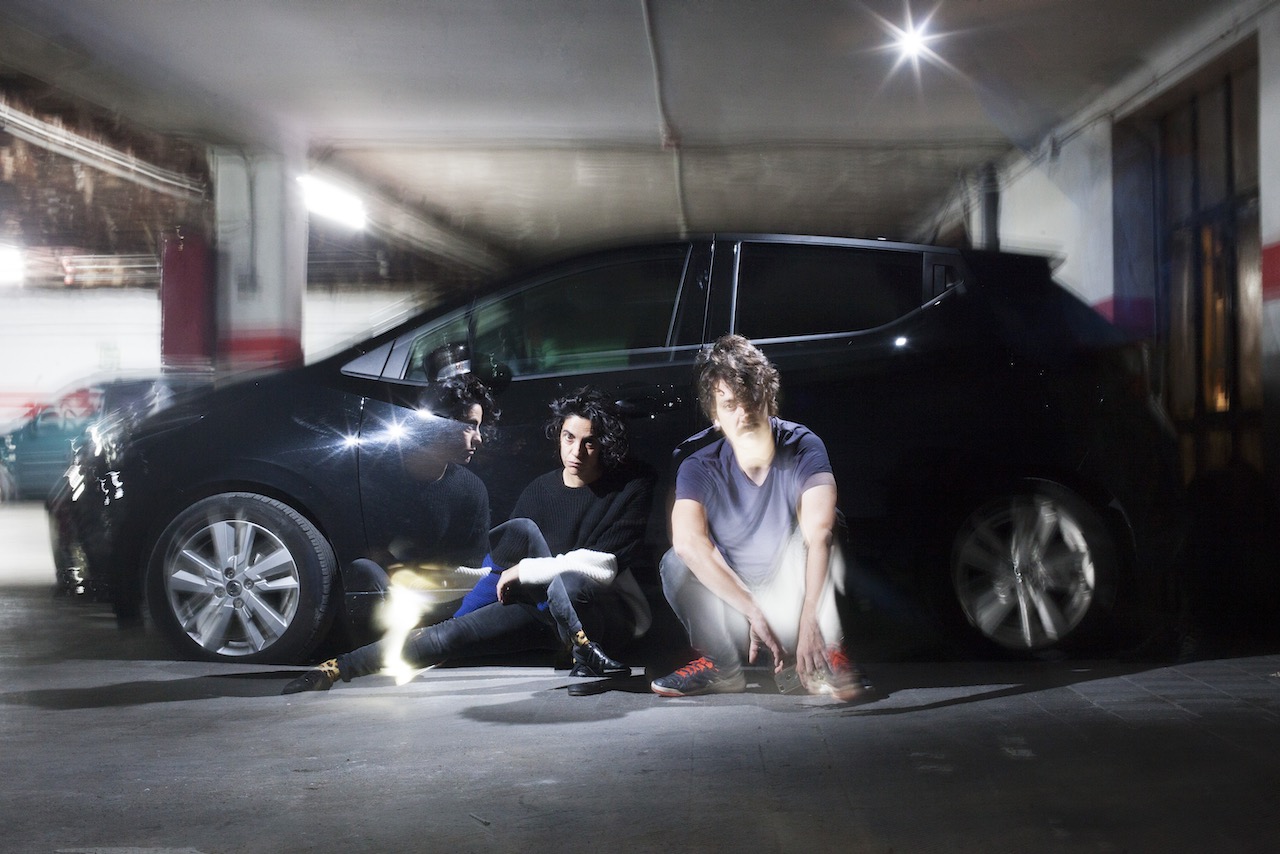 The experimental emotion of Sara Fontán and the polyrhythmic energy of Edi Pou make up Los Sara Fontán.

They do not record discs for militancy: their terrain is live music, always physical, changing and permeable to the environment, fleeing the productive routines of the industry.

A concert by Los Sara Fontán is the soundtrack of whatever one wants to imagine, giving the viewer freedom to interpret and feel it in a personal and unique way

In just two years of experience as a duet, Los Sara Fontán have already toured Spain, Portugal, France, Switzerland and Germany, including festivals of different styles (One Of A Million, BAM, AMFest, Sound Isidro, Eufònic) and temples of the Do-It-Yourself (from the Mutant Lyceum to the Kastanienkeller in Berlin).

The profession of violinist demands to be very clear about Itzhak Perlman’s maxim: “That which is learned slowly, is slowly forgotten”. Perhaps that is why Sara Fontán has waited until now to lead a project under her name, after 25 years of living with the violin and exploring its possibilities in all kinds of styles and formats, from classical music to post-rock, passing through electronic (Tree), video dance (PIÑA), free improvisation (the Winning Horse Orchestra) or pop (Manos de Topo). Sara uses the violin as a starting point to reach any texture and invoke any mood.

Beside her, Edi Pou (half of ZA!, referents of the European underground) takes on the challenge of turning percussion into melody and tense the dynamics from the minuscule to the epic.