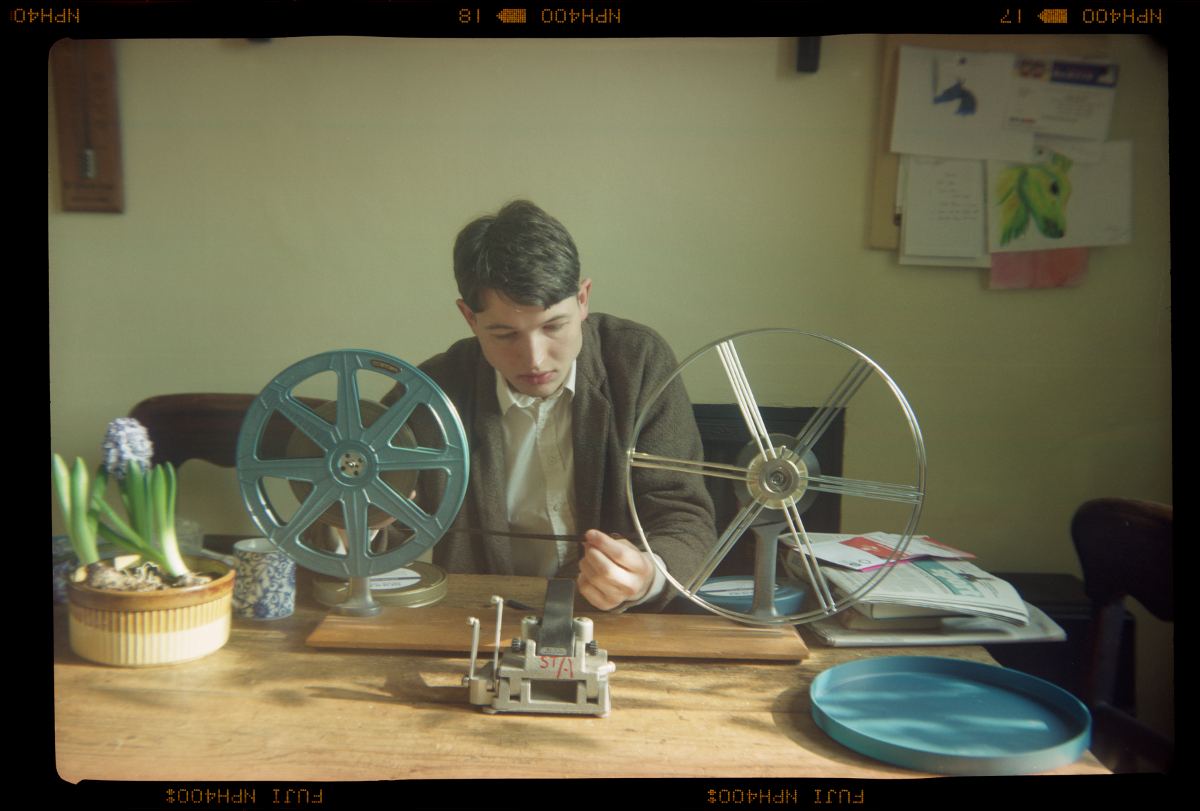 Common Sense is an exhibition of Scottish artist Luke Fowler’s experimental documentaries, which explore the limits and pre-established conventions of film portrait. His works are compared with those of the 1950’s British Free Cinema, the movement that energized British films and filmmaking by capturing the decade’s every-day life and reality. By taking on every possible task in the making of his work – he is the artist, the curator, the historian, the filmmaker and the musician – Fowler paints impressionist portraits of three prominent figures in British contemporary history:

Pilgrimage from Scattered Points (2007) is a film about The Scratch Orchestra’s music and its founder, the composer Cornelius Cardew. The Scratch Orchestra was a utopian experiment created in the 1970’s that was focused on collective scores. It was a precursor of many contemporary attempts to break away with hierarchic and individualistic systems of artistic creation.
All Divided Selves (2011) is an original essay about the life and work of the Scottish psychiatrist R.D. Laing whose radical treatment of schizophrenia made of him a leader of the social revolution of the 1960s in the United Kingdom.
The Poor Stockinger, the Luddite Cropper and the Deluded Followers of Joanna Southcott (2012) focuses on the educational work of the Marxist historian E.P. Thompson and in particular, in the diaries of his lessons at the Workers’ Educational Association (WEA) in the 1950’s. In his teaching Thompson wanted to use discussions instead of lectures, learning from the knowledge and experiences of the students, incorporating their work into his own research.
The exhibition is complemented with the film Bogman Palmjaguar (2007), the portrait of one of R.D. Laing’s patients, who became distrustful of people and withdrew into nature.
Luke Fowler: Common Sense is a production of La Casa Encendida de Fundación Caja Madrid. Cerezales Antonino y Cinia Foundation takes in, by means of this exhibition, a perspective related to three of its activity cycles: artistic pedagogy, musical experimentation and research, and the work with people in diverse intellectual or psychic condition.
Dicussion sessions: In order to study in depth these topics the Foundation will program dicussion sessions with experts on each area.