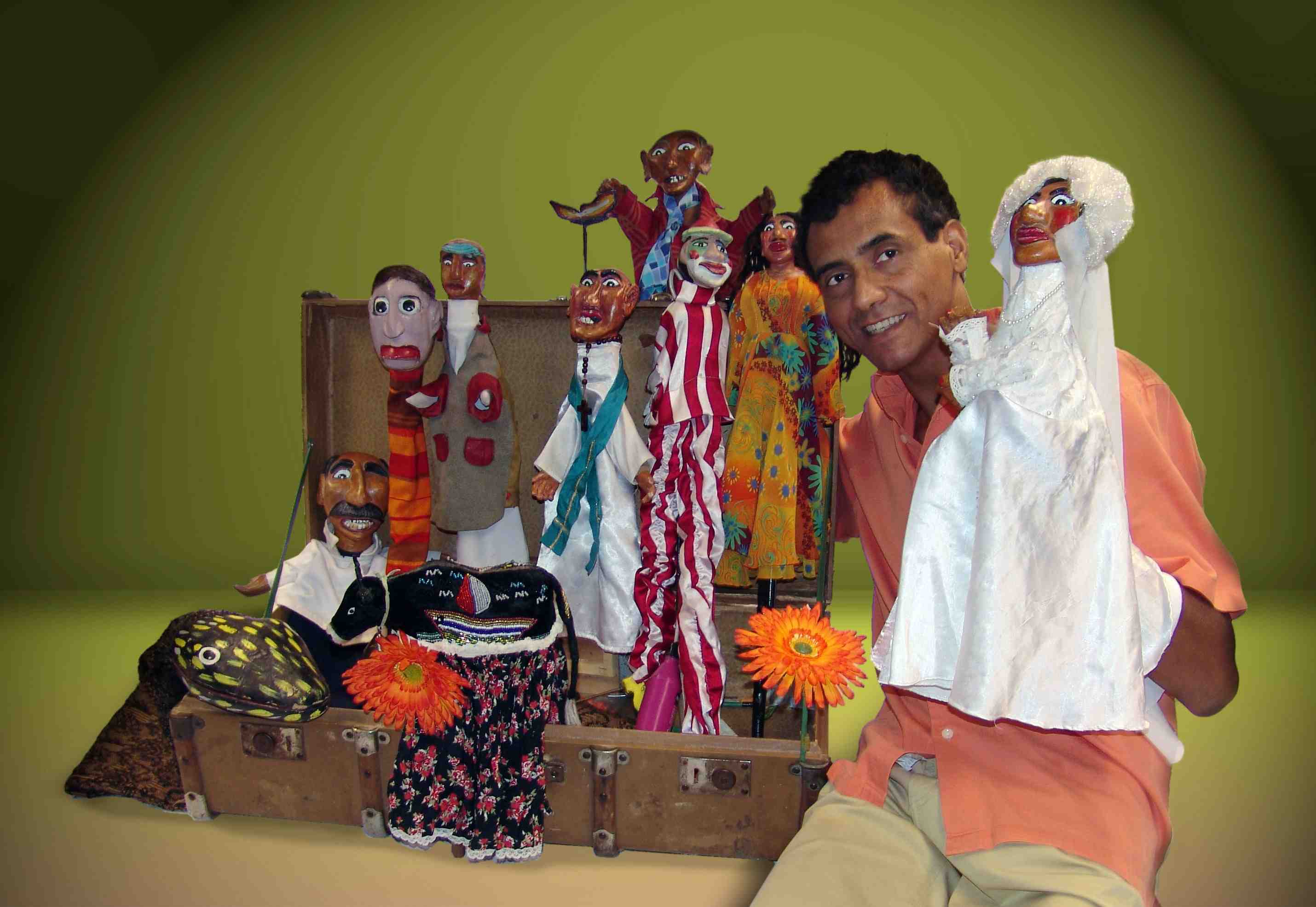 Mamulengo is the name given in Brazil to traditional puppet shows. Characters such as the evil Juan Redondo, the hero Sebas sin Suerte, the devil, Death, the policeman and other amusing creatures arise from the popular imagination. These figures were used in the old days to liven up parties, and to entertain children and grown ups alike. With hilarious jokes and popular music, they parody and take revenge on power sarcastically.
The collective participation is one of the main features of Mamulengo. Throughout the performance there is a constant interaction between public and puppets.
The origins of Mamulengo in Brazil have several explanations but two stand out. The first refers to the handling of these hand puppets, which must be executed with a soft or limp hand leading to the word mamolenga and then mamulengo. The second relates to the type of wood used in the elaboration of puppets —umburana and mulungu. Thus, from mulungu moved with one’s hand Mamulengo is born, the puppet theatre from Northeast Brazil.
This form of theatre receives different denominations depending on which part of Brazil we are standing on —Joao Redondo in Rio Grande, Babau in Paraiba, Joao Minhoca in Bahia and Northern Minas. However, the most popular is Mamulengo, particularly in the Pernambuco area.

Paquita Mucho Gusto and Sebas Sin Suerte are in love and they want to get married. The father of the bride, who is rude, unfriendly and used to mistreat people, is against their marriage.
However, the main character Sebas, will make him change his mind thanks to his intelligence and this will change the course of the story.

Suitable for all audiences. 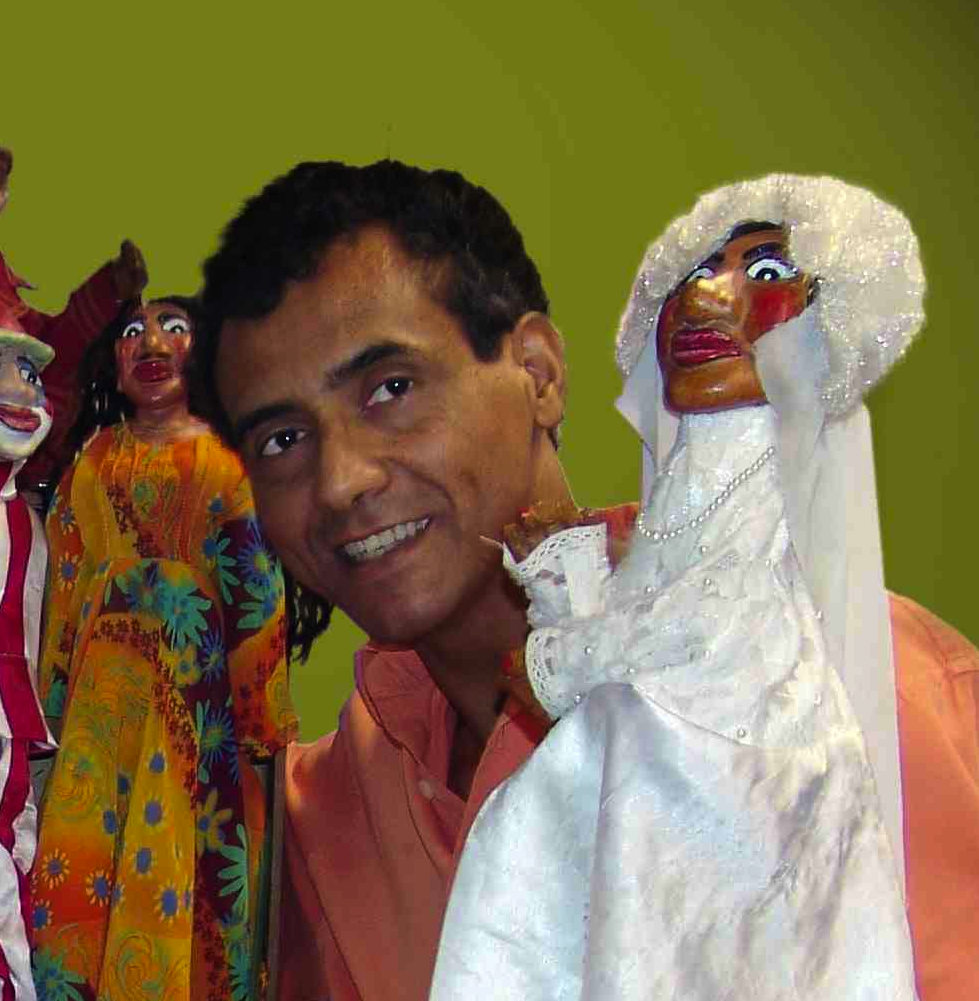