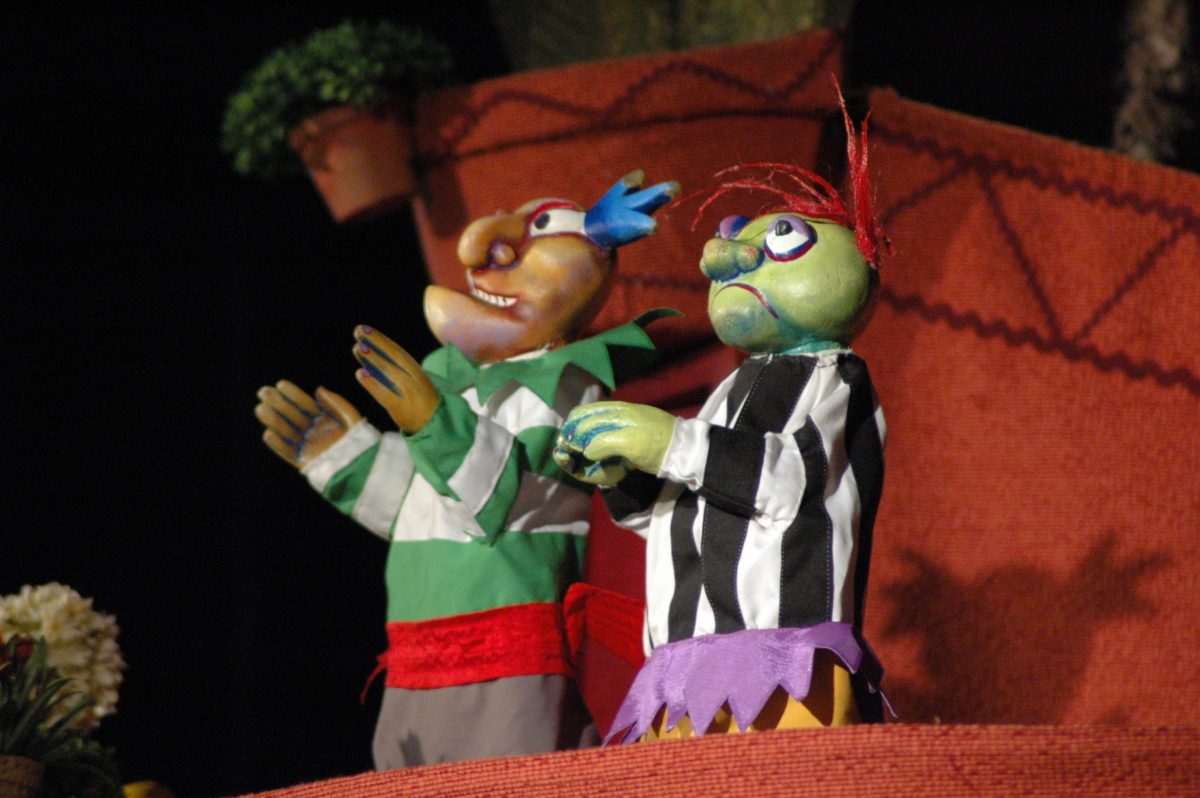 Suitable for all audiences

La Mata de Albahaca is the story of a prince who in ostentation of his power together with the curiosity typical of his age, meets a girl while she is watering her pot of basil. Answering every question, and using small revenges in the form of shrewdly connecting tests, the prince ends up falling in love with her and vice versa. When the story seems to come to an end, happily solved, the queen enters the scene with a desire for revenge. Several versions of this popular tale  are used by the company: some Andalusian; other Catalan, Castilian, Portuguese and Italian.