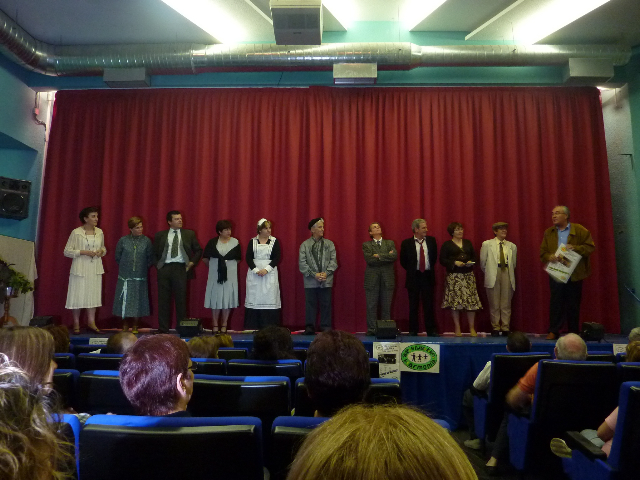 On Sunday the 9th of January of 2010 at 6PM at the Fundación Cerezales Antonino y Cinia it will take place the performance of the play : ¡Que viene mi marido! by the theatre company from La Robla, “Harmonia”. To mark the occasion of it’s Christmas programs, this foundation organizes the performance ¡Que viene mi marido! written by Carlos Arniches and adapted for the stage by the theatre company “Harmonia”. This repertory company, was formed in 2006 as the initiative of four adults who had been practising theatre with children. Nowadays, it is compound by sixteen adults -actors and collaborators- who, without any profit motive in mind, aim to entertain, amuse and promote the interest for theatre. The play has been written in three acts and in prose by Carlos Arniches. He is one of the most representatives dramatists in the Spanish popular theatre of the early XX Century and his work is classified in the grotesque tragedy genre. The performance takes place in Madrid at the beginning of the XX Century, in a workers family which suffer a change in it’s daily monotony and mediocrity when a letter arrives to tell them that they could inherit a big fortune. However, to become the beneficiary of this inheritance they need to meet very special requirements reflected in the will. In fact, some of them are almost impossible to comply. Our main characters will start looking for ingenious tricks to legally get around the will clauses and enjoy the money. But things not always end up as planned and our family’s artifices have some “small faults” which will need to be rectified. The play is suitable for all audiences