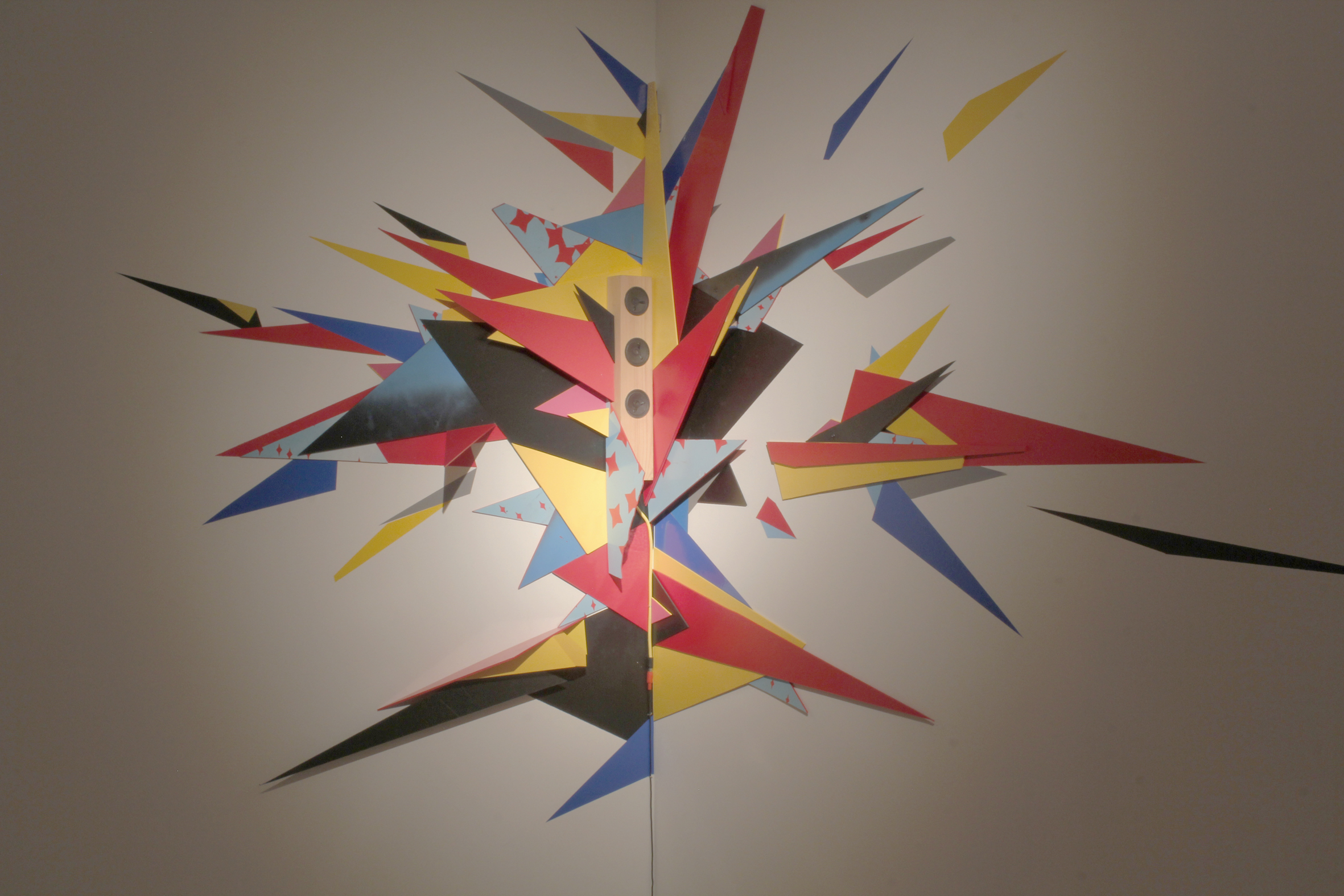 The exhibition REPLAY has works by Nelo Vinuesa and Bimotor (team formed by him and Samuel Ortí. These are diverse pieces including paintings, assemblies and installations, one of them, created in the Foundation’s exhibition room.

The sound is metaphorically projected on the wall through an assembly made of several materials: paint, wood and vinyl creating a sound landscape of Cerezales.

Through this time-lapse you can see the whole creative process: