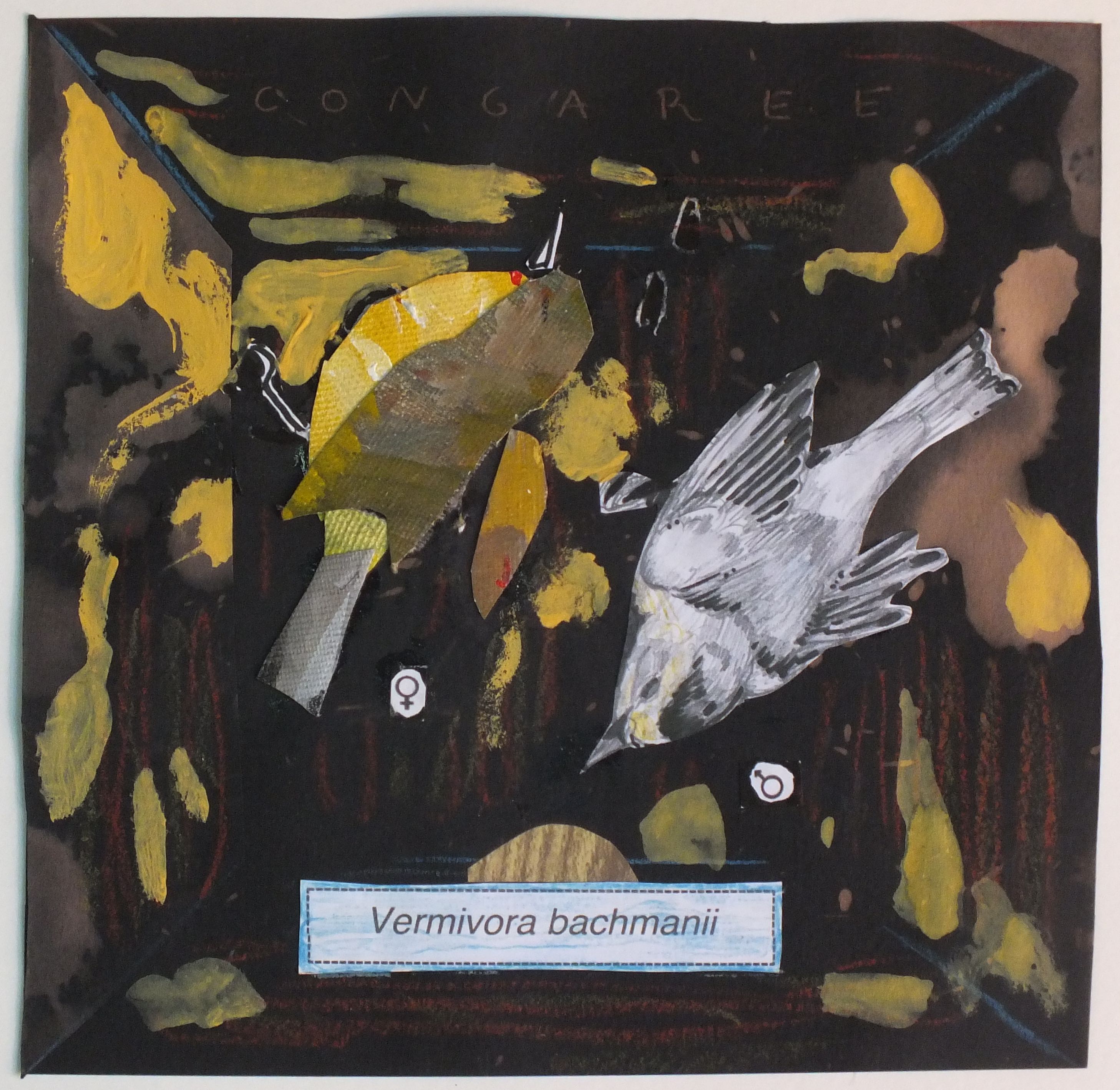 Taking as a starting point the work developed by artist José Luis Viñas, in 2019, a mixed group of naturalists, artists, people with sensitivity to ecology and people who love the environment have gathered at FCAYC to expand his global atlas of extinct local species.

After this workshop-archive where they have co-worked with the artist following his way of work and developed intense fieldwork, the time for showing results has come. It is an atlas with dates, places, photographs of damaged parcels and a collection of drawings/collages representing the annihilated species.

We are facing a mass extinction in progress, global in nature, similar in intensity to the one that exterminated dinosaurs. This time the cause is very different: our own species. It is estimated that the current extinction rate of species is 1,000 to 10,000 times higher than the average in the history of the Biosphere. Many of them disappear even before being cataloged; there are, in fact, sub-fossil remains of unsuspected creatures that shared our planet with us until a few centuries ago: some left their mark on legends and folklore, others went unnoticed. By way of derisive compensation, human factory activity is replacing biological diversity with an unprecedented variety of inanimate objects that are likely to be the fossils of the future.

Without doubt, we need powerful visual accounts to raise awareness of such a devastating process. We hardly have a visual atlas of life that (we) lack, titanic ambition that can only be tackled piecemeal. SIXTH EXTINCTION is an artistic project that is precisely responsible for a double task: to counter what disappears in front of what proliferates.