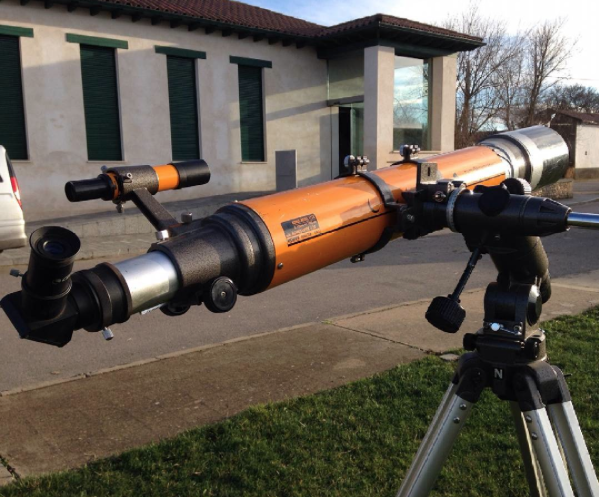 Since he was a child he has been linked to Geology, Palaeontology and Astronomy. Thus, he has recovered thousands of fossils and minerals from the Cantabric Mountains, among them, many new species for Science. During the last years, he has developed an inventory of every site that is interesting for its mineralogical or palaeontological relevance in the province of León (Spain) and also of the gold mining industry of the Romans. He has participated in the excavation of dinosaurs in the U.S.A. and in the elaboration of contents for many science museums in Europe, U.S.A. and Japan (Palaeontology, Palaeoanthropology, dinosaur’s skeletons, dinosaur’s reconstruction, minerals, meteorites, Palaeolithic Art…).

He has collaborated with different science entities all over the world in the search and cataloguing of meteorites. He has curated an itinerant exhibition on the topic. Since the last 15 years, he manages a mobile planetarium.
The activity starts with some basics about what can be seen in the firmament: stars, planets, shooting stars, man-made satellites, planes… We will learn how to distinguish between all of them and how they change position as the hours, days and years go by. Next, we will use a laser pointer to recognise all the constellations we can see during summer skies and will talk about their mythological origin. Given the time of the year, we will probably see some shooting stars (perseids): we will explain their origin and why they are such a remarkable phenomenon. During the night, we will also watch and identify some man-made satellites and, using a telescope, we will see Saturn and its rings.