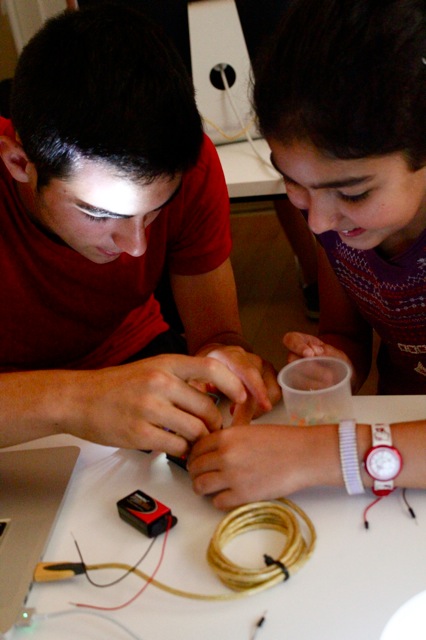 The main goal is the kids to experiment with different kinds of sensors such as: distance sensors, slope sensors, light sensors, movement sensors, temperature sensors…

They will learn to design interactive applications and virtual musical instruments with sensors and Arduino. They will learn to program the board to be able to use those sensors as controllers of the lights, videos, sounds, 3D objects and motors. Children will develop a creative project.