Teatro Candela: The Uproar of farce 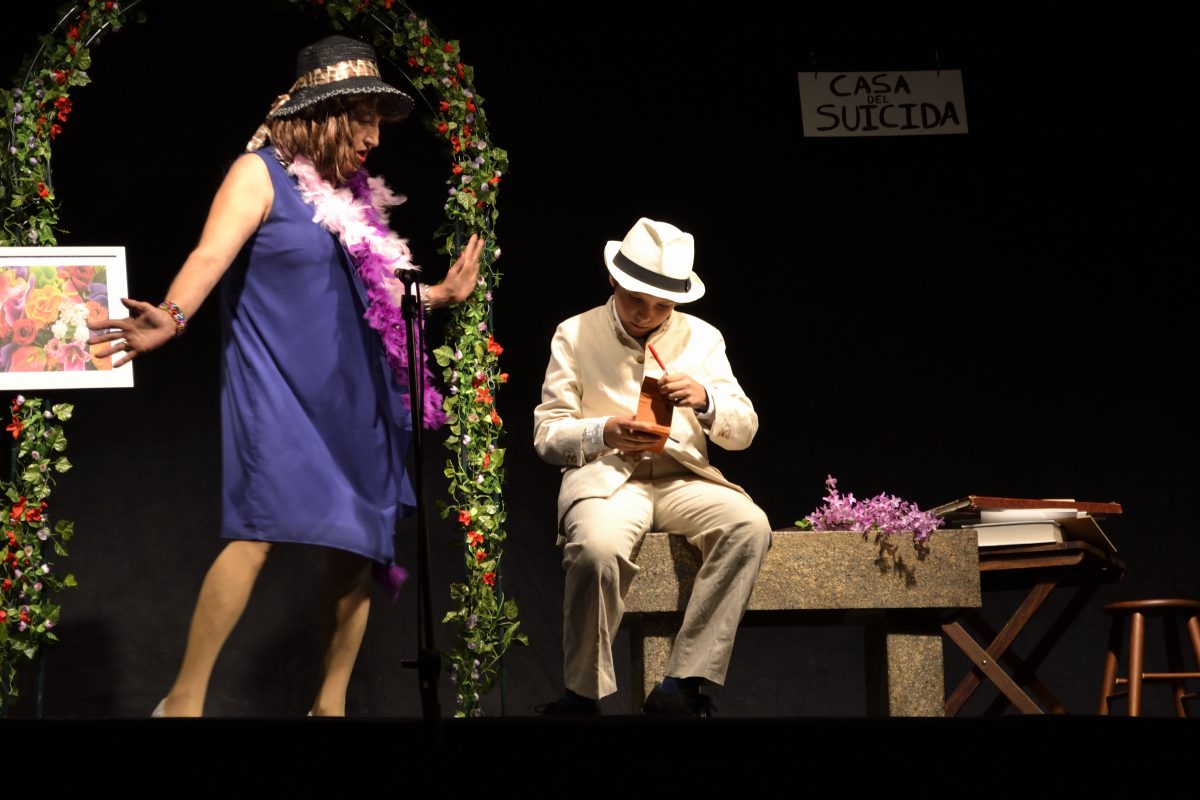 Teatro Candela: The Uproar of farce

“THE UPROAR OF FARCE”

The permanent theater group of the Foundation, composed of eight actors, will delight us with some farces. They will become two swindlers, a pair of angels, a baker, two hired mourners, a dead man, a poet and there will be a cake, a pie and even a slice of heaven … and some surprises. They’ll carry parcels, bindle-sticks and bags, to represent three comic pieces by Eduardo Blanco Amor and anonymous, whose aim is to make the spectator laugh.

She holds a diploma in Dramatic Arts by Dramatic Arts School in León (Spain). She has worked as an actress with different professional companies and under the direction of Margarita Rodríguez and Fernando Urdiales. With the company Teatro Corsario, she won the prize “MAX” for the Best Revelation Show with the play La barraca de Colón. She has been awarded many prizes as director of the companies Kikodín Teatro and Trejoviana

Teatro. Currently, she directs and works as a teacher at Aula T de Teatro, a theatre investigation centre, and at the permanent group at FCAYC.