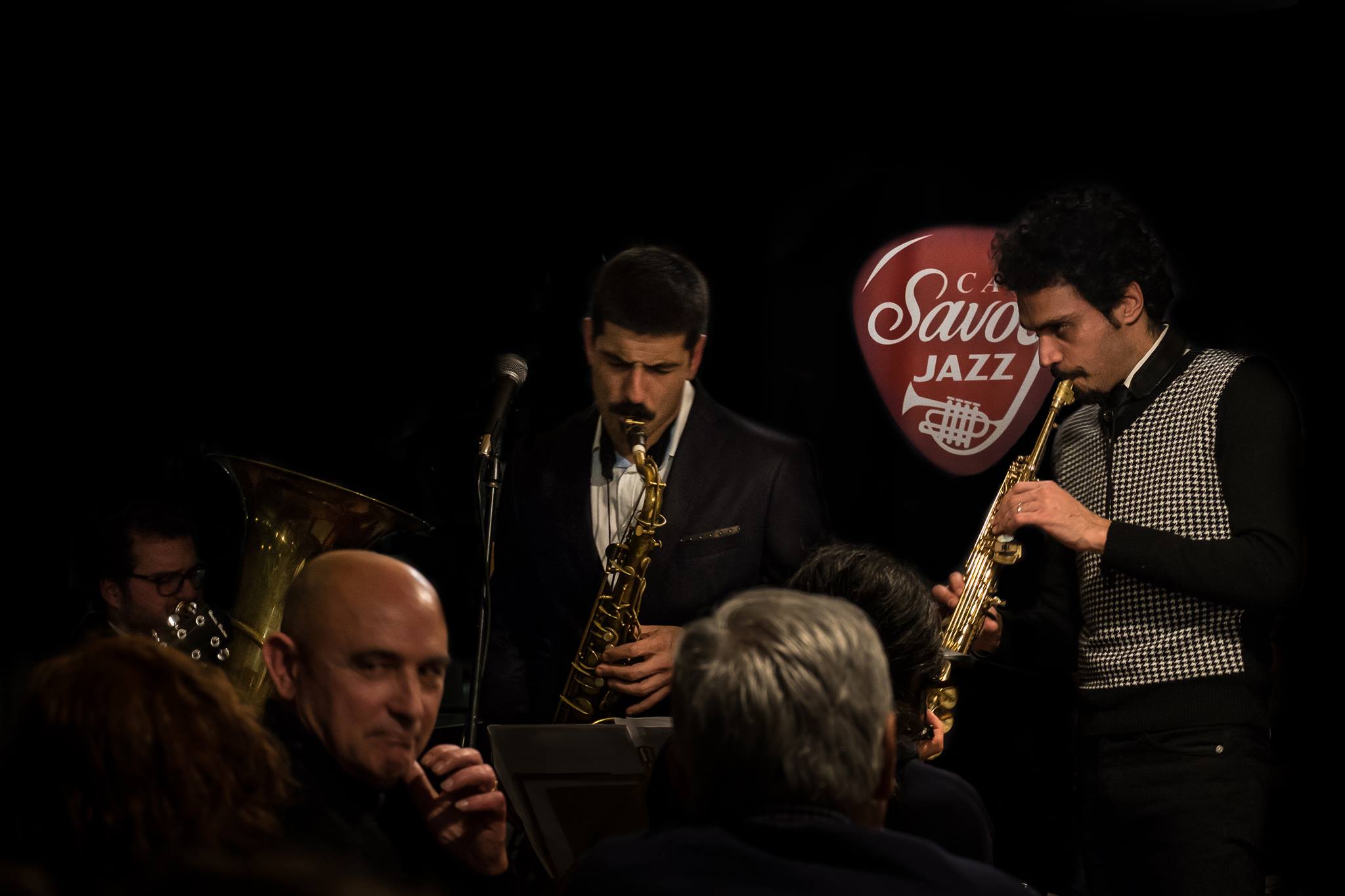 A formation with an important festive and celebration aim, presents a journey through time, recreating New Orleans’ atmosphere in the 20’s and 30’s when Jazz was established as a popular music. Just like American Brass Bands, with influences of Dixieland, Jazz, Shuffle, Blues and Swing, The Alley Stompers suggests a review of the repertoire of the golden times of Jazz.

Its members, very active musicians in Galician jazz scene, share a passion for original Dixieland music. French Wilfried Wilde to the bass, Óscar Prieto to the tuba and Chus Pazos, in charge of drums, form a unique rhythm section, accompanied by Sicilian saxophonist Rosolino Marinello and crooner and saxophonist Toño Otero, who transmits the sound of the period thanks to a silky tenor voice. Their influences are various: From Louis Armstrong, Frank Sinatra, Louis Prima to Johnny Hartman and Chet Baker. After being nourished by them, they give them a style of their own.