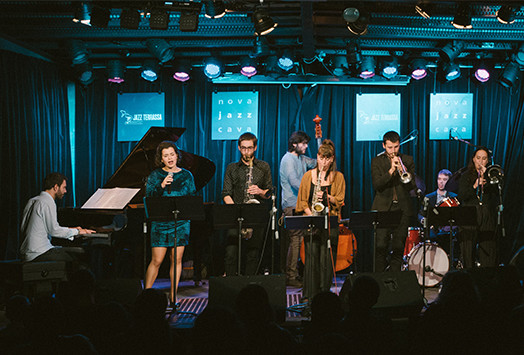 The Bop Collective is an octet created in Barcelona and based in Amsterdam. Its members have a strong relationship with jazz tradition after having been musically educated on the standards of Broadway, Swing and Hard-bop. With this ensemble they show a new vision of this music based on the combination of influences and adding new rhythms and metric modulations. The group is committed to a new vision and to the contribution of different styles of African-American music, expressed through the metrics and interlaced singable melodies. Their repertoire consists of original music with well-arranged melodies for voice. With their second album about to be released, the octet acquires a specific and distinctive musical direction.