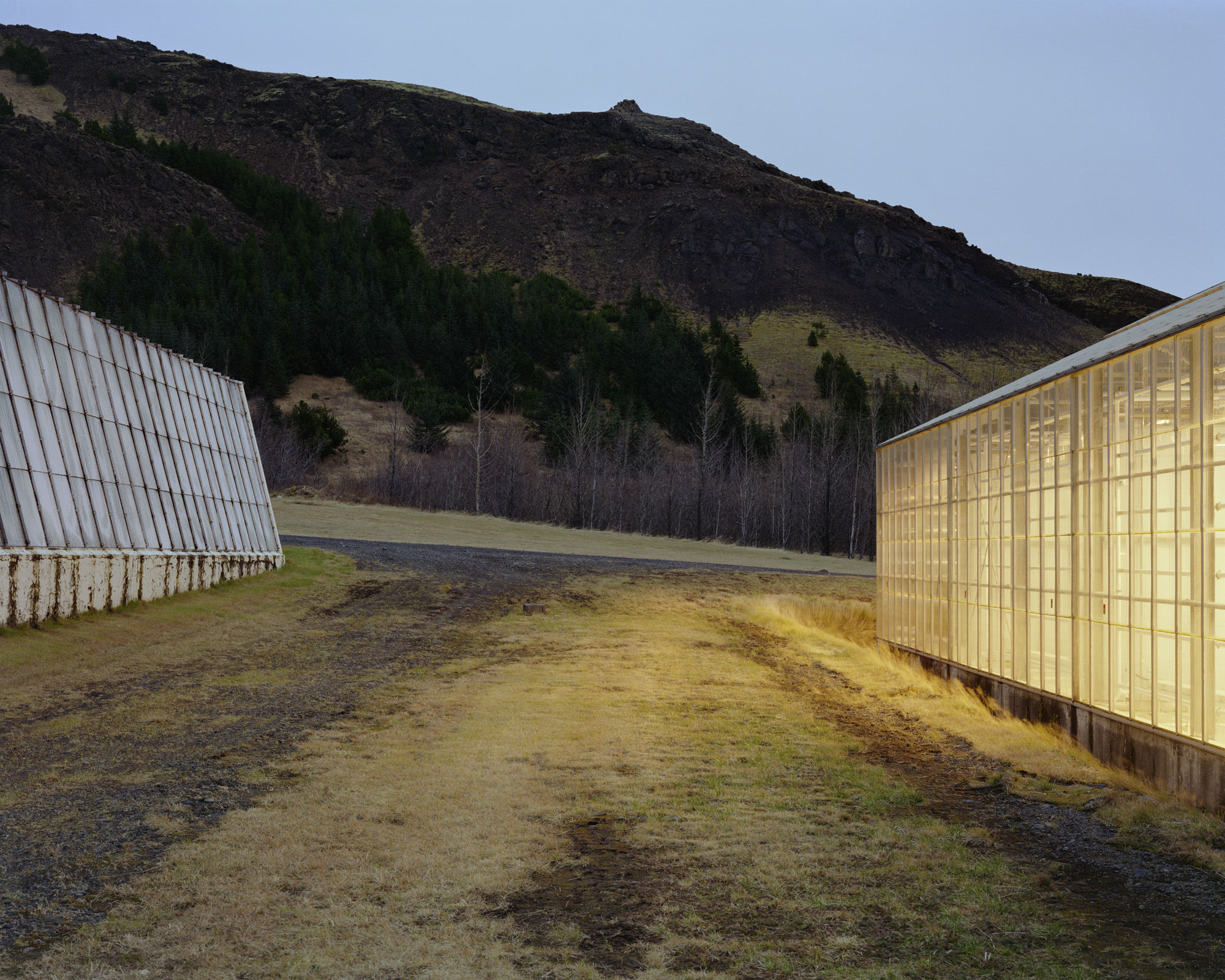 In order to hear the aphonia of memory, which is always mutilated, as Sigmund Freud pointed out­, it is necessary to first take refuge among the silent facets of oblivion. Antonio Muñoz Molina notes that it is there that he imagines Juan Baraja,[1] in that fissure between the one and the other: forgotten by time, between lights and shadows, a camera next to him, in the darkness, resigned to the waiting.

It is a fool’s errand to strive to delimit the forgotten, to try to shed light on its protagonists, to pursue it with a lens or even to set oneself up as a teller of its possible imaginary. Nevertheless, it may be worth the effort. When all is said and done, the realms of the eye, of thought and of art are riddled by what would seem to be fool’s errands and, almost always, unveilings.

Time, waiting, shot, light and non-light, step by step we come closer to a threshold of compositional vocabulary through which to create correspondences and find a refuge in which to try to illumine the unnameable, that which stirs in the darkness – to avoid the ‘always the same’, it has been said. To pay attention in this way to the possibility of existence of other spaces and of other places also silenced, irreducible despite the oblivion, such as those that order the vectors of Juan Baraja’s work. It is here that all kinds of images and encounters between lights that went unnoticed suggest a way of working in which the automatisms have no place and there is space for the intense exercise of contemplating what has, for the rest, ceased to exist.

Leaving aside our tendency to a morbid retinal obesity, between the rails of photography it is still possible to find suicidal flowers, other categories of the image with an unhurried metabolism, set apart from the production and systematic consumption of any kind of image. Project on project, series on series, Juan Baraja’s work for this exhibition imbibes this suicidal methodology: true to its own rhythm, season after season of the year, country after country and penumbra after penumbra. With goings forth, stops and returns. In that succession his encounter with the FCAYC and the conversation take place. If you live somewhere on the other side of time and keep your attention fixed on the rural environment it is not hard to find a common vocabulary with those who concern themselves with what seems not to count, but to purify the gaze so much is to move onto shifting ground and risk summoning up nostalgia and other spectres of forgetfulness and to once again hide behind a veil that which is so difficult for us to look at directly. This visual derive, this drift between the clarity and the darkness of the images, of which Alberto Ruíz de Samaniego has spoken, is where the observer’s trial will take place.

An updated Short History of Photography ought to entertain the possibility of admitting to its pages those images, the fruits of patience, that persist in dragging out of the darkness the drifting fragments, the seemingly insignificant parts of a whole.[2] In light of this, according to Henri Van Lier,[3] the most important thing for photography is the dark. In the rolls of film and on the virgin paper, in the camera, in the darkrooms and in the printing laboratories, the fundamental has to do with the night, with dark granularity and with the non-light. We could add, of course, that this ‘night’ is also bound up with the gaze itself. It is there where lucidity sporadically emerges from the shadows before returning to them that the image is revealed. For Van Lier, history is dark, while memory / memories is / are its light.

The contemplation of a number of Juan Baraja’s photographic series is also the gathering together of a set of unsettling moments. It matters little whether architecture is insinuated, anonymous faces surprise us or the landscape spreads itself before us, what unsettles us is the abandoning of one mood and the embrace of another, the triggering of a reaction time between photographer, subject and viewer. Thus, as in the origins of photography, the very process that guides the work of this photographer – static camera, pause, withdrawal – ensures that what is photographed lives not outside of but in the instant, in contrast to what occurs in the immediacy of consumption so typical of almost any photo shot in our selfie present. In Juan Baraja’s case it is that reaction time that leaves the trigger in sight and so put an end to the suspension in which his search is immersed and take the shot, a disturbing antidote with which to terminate the waiting and resist being silenced, deferred. What are discharged in that moment are the fragments of a new reality, pieces of a previous whole that give whoever contemplates them a jolt.

Cathedrals, Águas Livres, Sert-Miró, Cerezales, Banana Experiment, Norlandia, Utopie Abitative, Stairway Elevation, Hippodrome and A rapa are the names of the projects by Juan Baraja selected for this exhibition. The sonority of the titles bears witness to the variety of this photographer’s points of attention, the diversity of geographies in which they are located and the constant pulse in his work that reflects the way different spaces and architectures are occupied.

As in so many other series – Águas Livres, Sert-Miró, Cerezales, Banana – Juan Baraja brings together in Cathedrals images of spaces devoid of human beings. Deserted the stairs, deserted the steel pergolas, deserted the scaffolding and the various passages: deserted, dusty places covered in light and shadow. In Cathedrals, the dust that has settled on every surface, on the light itself, unifies everything, becomes another substance, a cinematographic raccord. ‘I will show you fear in a handful of dust’, T. S. Eliot warns us in The Waste Land,[4] as if it were not enough to come upon countless proofs at every step – mines, cement plants, power stations too; so many others – of those industries we once knew that are now ruined cathedrals of the present, dusty with oblivion. Enemy of random updates and reboots, dust has a story to tell us from the other side.

In search of anchors with which to fix that light with memory, Juan Baraja researches in wide temporal arcs for his series. When, in 1919, Le Corbusier and Amédée Ozenfant began, in the pages of L’Esprit nouveau, to think about the Machine for living in, Nuno Teotónio Pereira and Bartolomeu Costa Cabral had not been born. The pilotis, the open floor plan, the free design of the façade, the horizontal strip window and the roof garden would all come later and with them Villa ‘Le Lac’, Villa Savoye and the Unité d’habitation, a residential typology of the Modern Movement developed by Le Corbusier, with the collaboration of Portuguese painter and architect Nadir Afonso, to manifest the thrust of cement, concrete and glass towards an architecture.

The Águas Livres block also appeared in the 1950s, laid out by Nuno Teotónio Pereira and Bartolomeu Costa Cabral on Portugal’s Atlantic coast.

In Águas Livres today life goes on. The block originally had eight floors, with seven residential units on each; a ground floor with the two entrances, the laundry and a row of shops facing the street; and a roof terrace with studios and a ‘communal room’, with marvellous views, sun and tranquillity.

It was there, once more, in Lisbon, that our photographer again found the time to make a detailed subjective study with the camera not only of light, line and colour – as he has done in other projects: Hippodrome, Sert-Miró or Cerezales – but also of the way these spaces are inhabited by their current tenants. Fragments here that lay bare the essential features of a way of life connoted by the architectural, which also tell us about what is hidden.

Juan Baraja’s processes of research and production suggest fewer right angles and immovable lines than those seen a priori in his images. Commissions, residencies and personal projects dot his work with abrupt turns, nomadic moments and diverse geographies. 2014 might be a sudden 2010 and Iceland a place to get back, years later, to the land, to the landscape, to Galicia. Norlandia, Banana Experiment and A Rapa are axes of his work which point in the direction of the primary sector, to ways of living and working that follow a logic that is all their own – portrayed with a human face or other natures – and even chimerical. Pulses at the level of geography, and with no knowing at what moment they will leave. Juan Baraja’s roots in Noblejas (Toledo) are not far from these axes. In the case of someone that travels the world with a large-format camera, we should not be surprised at their attempt to take in its invisible twists and turns from other angles or their particular sensitivity to what is slipping away.

The absurd, as uncomfortable for the viewer as it is tempting and difficult to invoke for an artist, will haunt us in Time’s Forgotten. The static picture once formed by photographer, plate camera and tripod is, today, the fragmented image of another time. It may well be that some portion of the hypnotic magnetism we find in Juan Baraja’s images derives from that, from the continual strangeness of the nostalgic absence of a whole – the absurdity is glimpsed there – and from the rediscovery of a way of placing oneself in front of something and imagining it through fragments, with a different composition, far from the parameters that make of the complete something rational and apprehensive. A way of knowing that even requires a certain physical presence in space: a still choreography. 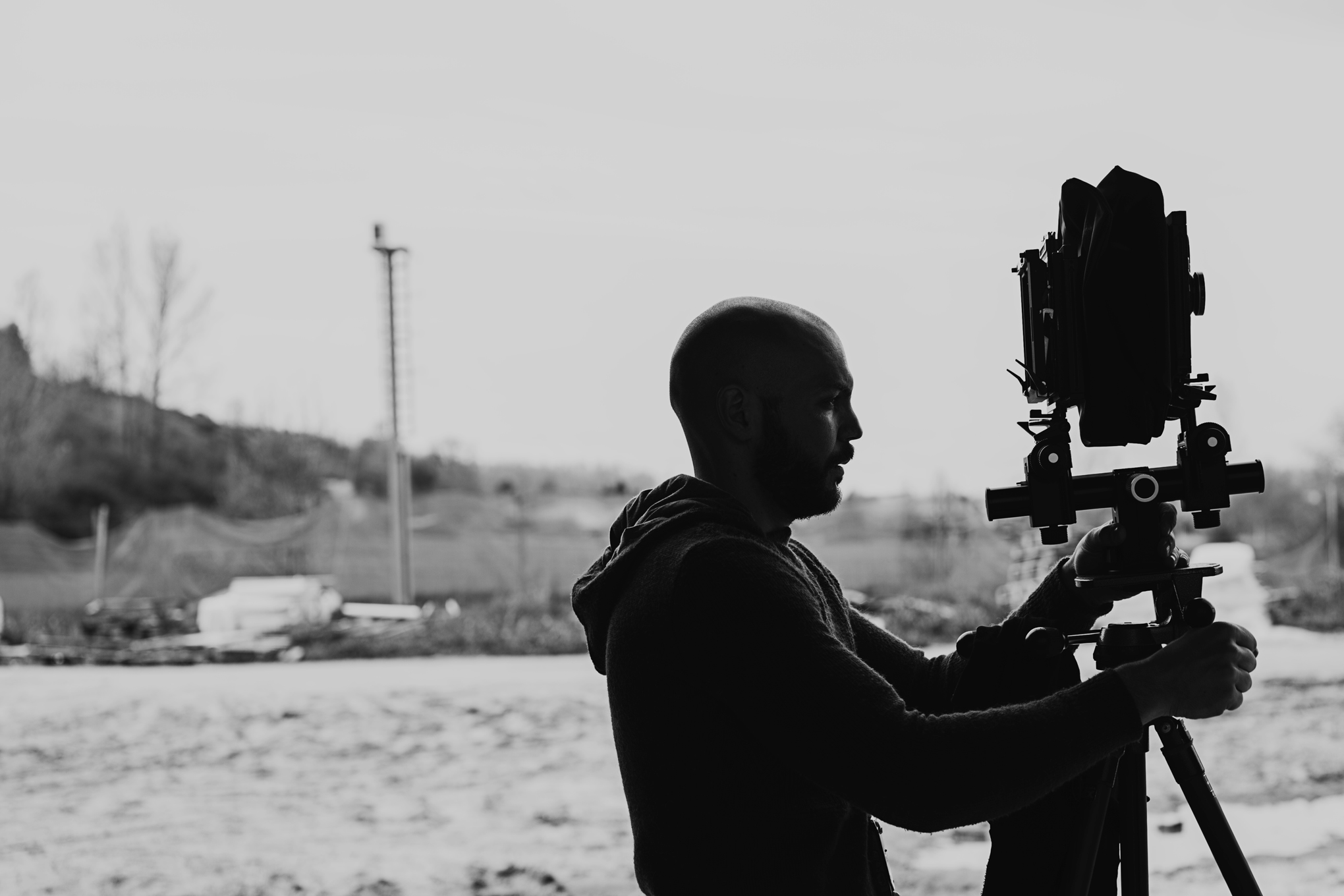