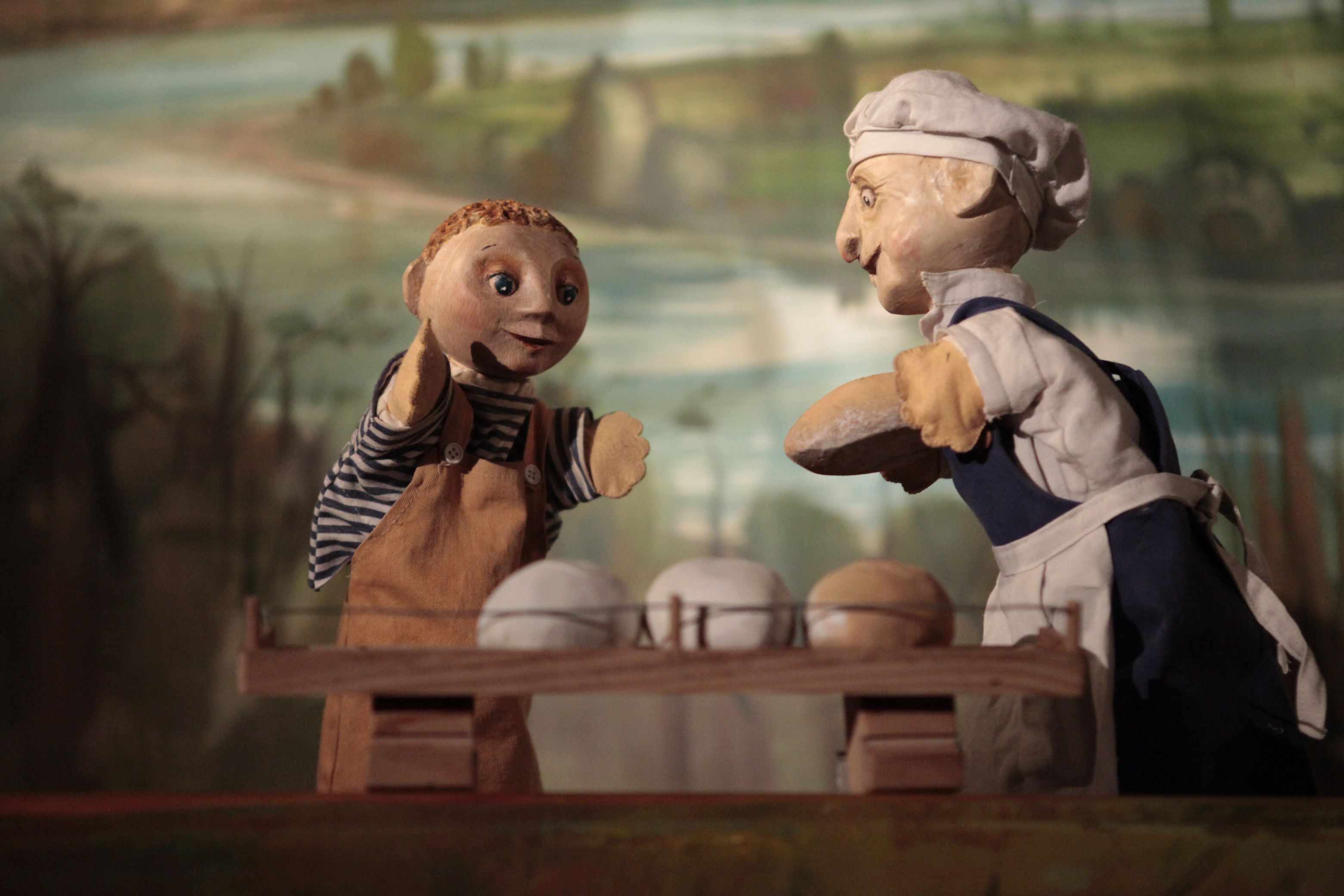 “A Gift from the River” is the story of a kid who enjoys walking along the riverbank, building walkways and listening to croaking frogs and sliding snails. However, due to various reasons he must achieve an easy task: a piece of bread. A big piece of bread. And he get on with it: He will walk through wheat fields, discover the mills that produce the flour which then arrives to the baker, who will knead the dough and then bake the bread in the oven. All of this happens by the riverbank along with many amusing inhabitants and some others not so amusing, but a bit more outlandish or maybe dangerous… To the peasant’s misfortune, there are also fields where the wheat doesn’t grow, but as it is a tale for children, after some effort and a lot of adrenaline, we will all enjoy a happy ending.
The play has merit the support of Aragon’s Administration. The premiere was in the II International Festival of Theatre at the Puppet Park 2011 (Zaragoza, Spain).