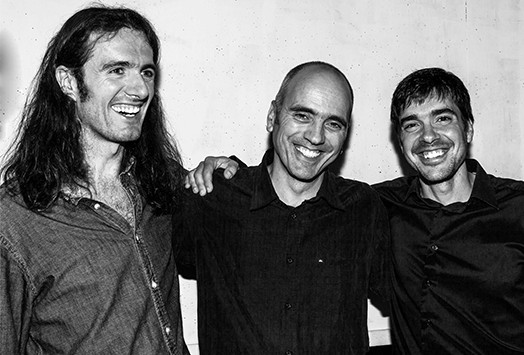 Trizak trio proposes improvised music as a basis. Its members are musicians from both jazz and other styles.

Trizak means halyards in Basque, and refers to the ropes that raise and lower the sails of boats, being the image of the beginning of many trips. Their music carries in its notes the desire of adventure characteristic of jazz, as well as moods coming from diverse styles.

The project wants to be a meeting point where music written by its components can be interpreted. Although the compositions are only the starting point, since when interpreting them they go through the unknown paths of improvisation.
From its beginnings in 2017 they have presented their work in the jazz festivals of Getxo and Donostia, Jazzeruena in Durango, Jazzber in Bermeo, Agorrijazz in Plentzia and JazzZaharrean in Vitoria, and outside Euskal Herria at Clavicembalo club in Lugo and Contrabajo in Vigo, at Café Teatro de Las Artes in Santander and at La Boveda in Zaragoza.