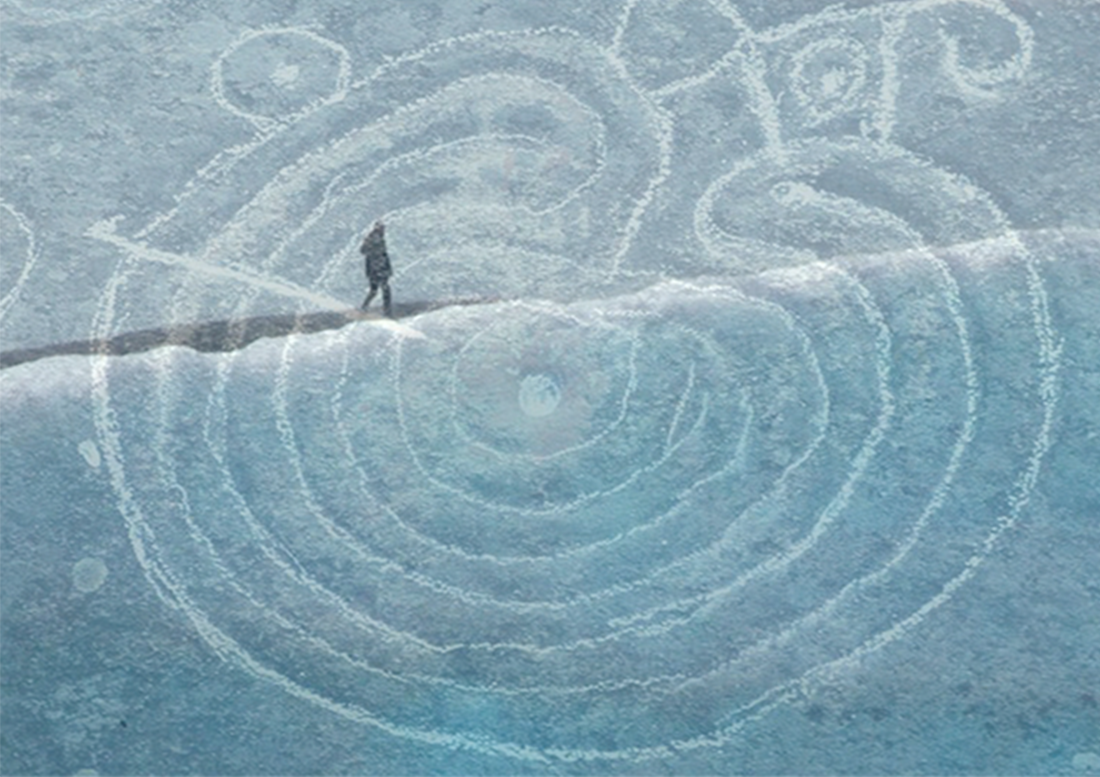 An image: the large nave in the Fundación Cerezales exhibition hall, with the two huge triangles on each side, pointing to the sky; the diagonals that divide the crystals, as tensors that hold the structure; and behind the branches of the trees, and the green of the forest, nearby. Tents pitched at night, in the clearing of the forest. And under its roof, the great empty space, welcoming the voices of the muleteers, transhumant, pilgrims, wanderers, who came walking; so that they rest before continuing their march.

As if it were a nomadic camp, Walking Voices stays among us for a few winter weeks, setting up their tents in the gallery, thus allowing their voices, their sounds and their bodies to be heard, moving through the different corners of it. Those walking voices stop their journeys for a moment. Journeys through space and time, which go through different times and geographies: records, traces, sound traces produced by the human body in its eternal wandering, as an elemental condition of existence.

Walking Voices is an exhibition in movement that crosses space and travels in time: from Roman Hispania at the end of the Empire to the present; from the Antarctic ice to the Australian deserts, passing through moors and Iberian forests; from travel literature to video-installation and the Soundwalk, going through episodes of History and Myth in between. Along the way, the nomadic tribes that lead it are stopping at some stations, gathered under those tents stretched inside the room in a sort of secular via Crucis.

With the help of Carme Nogueira, we have designed a space in which all these voices can find accommodation and be heard. “It is a very special distribution, without distribution, in a space without borders or closure”, she says from Deleuze and Guattari, referring to the space of the nomadic camp and that here has helped us to determine the formalization of the exhibit. Thus, with the collaboration of this artist, the return path to the Atlantic Coast, which had been undertaken by Egeria at the beginning of our trip, is completed.