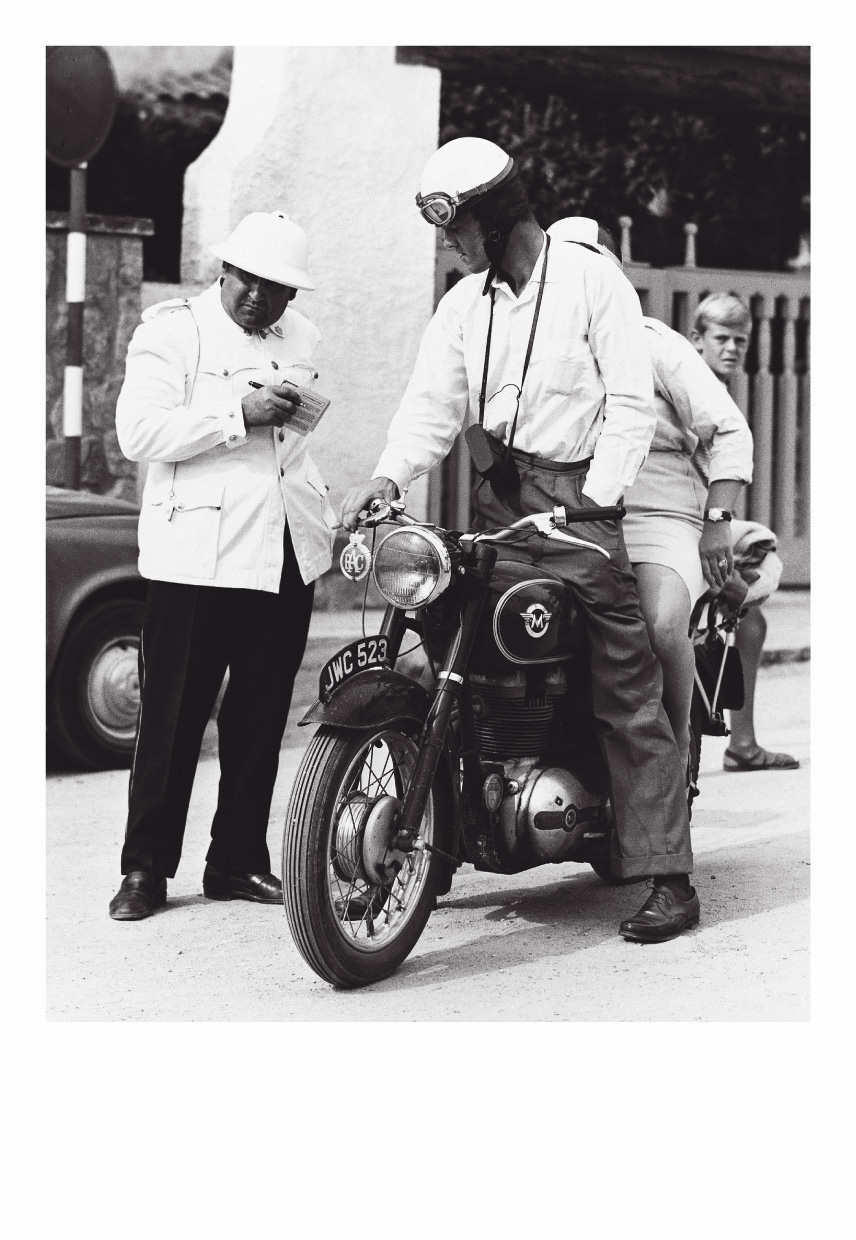 Xavier Miserachs was one of the main actors in the movement of the Spanish photography renovation, which succeeded in eliminating the ostracism in a medium that was disconnected from international trends and resistant to creativity. In the sixties, several artistic groups like El Paso or Parpalló met in Spain and they were the precursors of the associative movement in the field of photography; the prodigious triangle was formed by Almeria’s AFAL Group, the Escuela de Madrid and the new Catalan Avant-Garde.

The group of Barcelona had leaders like Francesc Català-Roca, Oriol Maspons and the critic Josep María Casademont and other photographers like Ramón Masats, Ricard Terré, Julio Ubiña, Leopoldo Pomés and Joan Colom, among others. Miserachs, despite his youth, joined this unique associative movement from the beginning and enthusiastically participated in the most important group exhibitions.

This exhibition wants to highlight the author’s most iconic works: the ones from his books: Barcelona, blanco y negro (1964), which were a milestone in the history of Spanish photo-books; and Costa Brava show (1966). These works were very consciously thought out for a printed purpose, as books, for most photographers of the time, were the natural vehicle for the photographic image. We also have aimed to stress the significance of the archive in a photographer’s creative process, by allocating an exhibition room for the author’s contact sheets, coming from MACBA (which nowadays has custody of his archive), and a set of ten copies of the time, coming from Foto Collectania’s collection.

The influence of William Klein in Miserachs’ work is well known. In Barcelona, blanco y negro it is translated into the consciousness of narrating a city as a whole, into the braveness of the frames and the layouts, and into the functionality of the book as the only communication tool for photography. The work on Costa Brava shares with the former series an ironic and lucid look, and also achieved a wide circulation thanks to the publication of the book in several languages.

Miserachs’ thoughts about photography and about his experiences have been captured in his books: Criterio fotográfico and Fulls de contacte. He describes it himself in his text Homenatge a Centelles: un mestre per la professióin 1986:

“Those of us working in the documentation of the daily reality make and define ourselves according to its rhythm. Each image we fix is often both the concept and the stimulus, the emotion and the evocation of feelings. Anyone who spends some years facing reality as a photographer knows that his archive and his biography come together all the time, often meeting in a kind of autobiographic diary”.

Miserachs was a brilliant, lively and passionate man, who was lucky enough to share the casual oasis of the “gauche divine” of Barcelona but who, above all, gave himself up to photography as a teacher, a narrator and a professional. This exhibition is a small part of an archive and a career path, in large part, to be discovered.