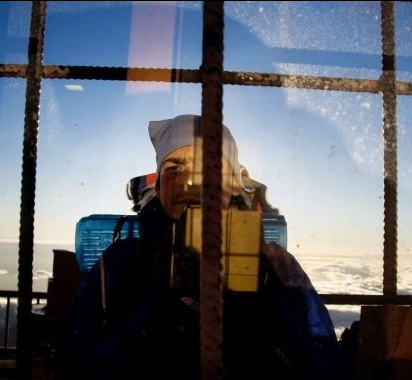 He lands on the art scene as he finds it the best way to develop his ideas. He’s only interested on works that serve as a vehicle of an experience. He creates installations that will be consumed, turning into experiences that aim to modify somehow the perception of reality, interfere on it, or simply imagine it.
He has developed and shared works in Spain, Portugal, Germany, UK, Switzerland, Norway and India. His last works have been shown in Slade School of Fine Arts, London (Aether), in Khoj Artist Association, India (Fosfofagia 03); in StudioP52, Barcelona (Documentation of 19 days living in a cave) or in Blackboxxx, Basel (Watergames).
As a teacher he has taught classes and workshops at the Swansea Metropolitan, at the Cantabria University, at the Barcelona University, in the Instituto de Arquitectura Avanzada de Cataluña (IAAC) or in the Institut d’Estudis Fotogràfics de Catalunya.