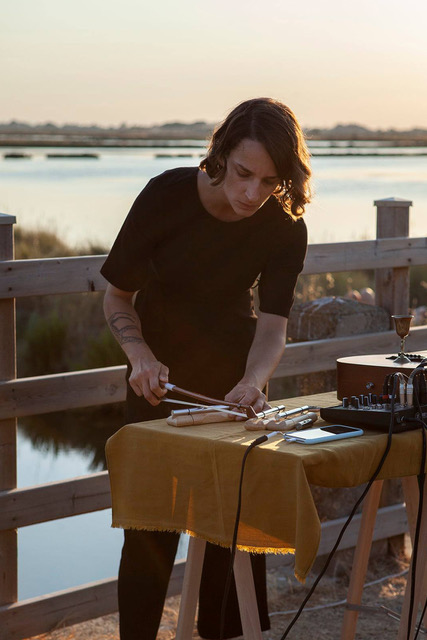 Clara de Asís (b. 1988, Spain) is a composer and sound artist who explores the nexus of acoustics, spatiality, alternative notation and the phenomenology of attention.

Alongside her compositions, her performance practice involves the use of electronics, various materials and found objects, transcending musical categories towards the experience of sound and placing the act of listening at the core of the creative process.

Her works focus on sensory perceptions and develop the notion of simplicity as an aesthetic principle. They have been presented throughout Europe, America and Asia, in the form of concerts, premieres and installations. In 2020, her piece Comme de loin was honoured with a State Commission from the Ministry of Culture in France.