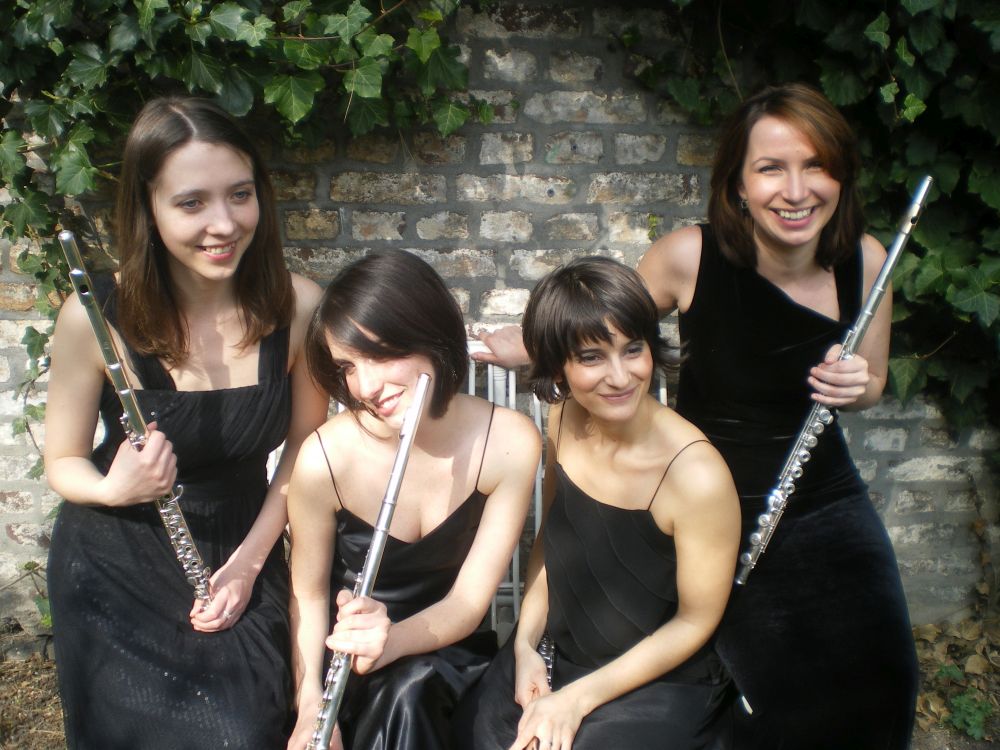 In 2007, four students of three different nationalities founded the flute quartet Musor in the Hochschule für Musik in Cologne, Germany.

That same year, in June, the quartet was granted with the Yehudi Menuhin Stiftung Live Music Now. The aim of this foundation is to bring music played by young talents to disabled people that cannot attend concert halls. Since receiving the grant, Musor Quartet has performed in more than 40 music halls in Cologne, Bonn and the surrounding area.

Their repertoire ranges from baroque to contemporary music.

In 2009 they presented along with moderator Madeleine Milojcic the Magic Flute by W.A. Mozart. It is a small theatrical play consisting of several fragments of the actual opera.

They have delivered this version in a great number of schools, churches and hospitals in Cologne and nearby towns.

In October 2009, the quartet was awarded the 2nd prize in the Friedrich Kuhlau International Flute Competition held in Uelzen, Germany. In May 2010 they were invited to make their debut in Ahnensaal music hall in Wilhelmshaven, in northern Germany.