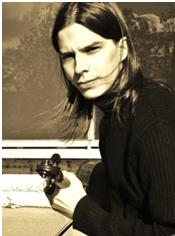 He was born in León, where he started music studies at the age of 7 with Marco Antonio García de Paz in the Schola Cantorum Catedral de León. Later, he entered in the Conservatory of León with teacher Miguel Fernández Llamazares, where he achieved the title of Violin Teacher.
The next year he started receiving lessons from Professor D. José Ramón Hevia in Conservatorio Superior de Música Eduardo Martinez Torner in Oviedo, where he gained access with the best marks among all candidates. In June 2006 he received the Advanced Degree in Violin.
He has attended advanced courses with teachers such as Gonçal Comellas, José Ramon hevia, Héctor Corpus, Yulián Pechenyi, Aitor Hevia, Lander Echeverría, Yuri Pissarevsky, Natalia Lomeiko and Yuri Zhislin among others.
Since the beginning he has been part of music ensembles and orchestras such as the Youth Orchestra of University of León, Chamber Orchestra of Ponferrada, Millenium Orchestra of Gijón, Teatro Liceo Orchestra of Barcelona, International Youth Orchestra of Oviedo… In October 2006 he joined the Orchestra Odón in León.
Since 2004 he has been a member of Mixture quartet. He has performed alongside them in several occasions in Asturias, Cantabria and Castilla y León and has also recorded an album. In 2005 he founded Dúo Klier together with violinist Talía Ramos Martinez.
In 2006 he began teaching violin in the music academy La Cantoría in Avilés and since 2008, he is a violin teacher in the Escuela Municipal de Música, Danza y Artes Escénicas in León and music school Contrapunto.