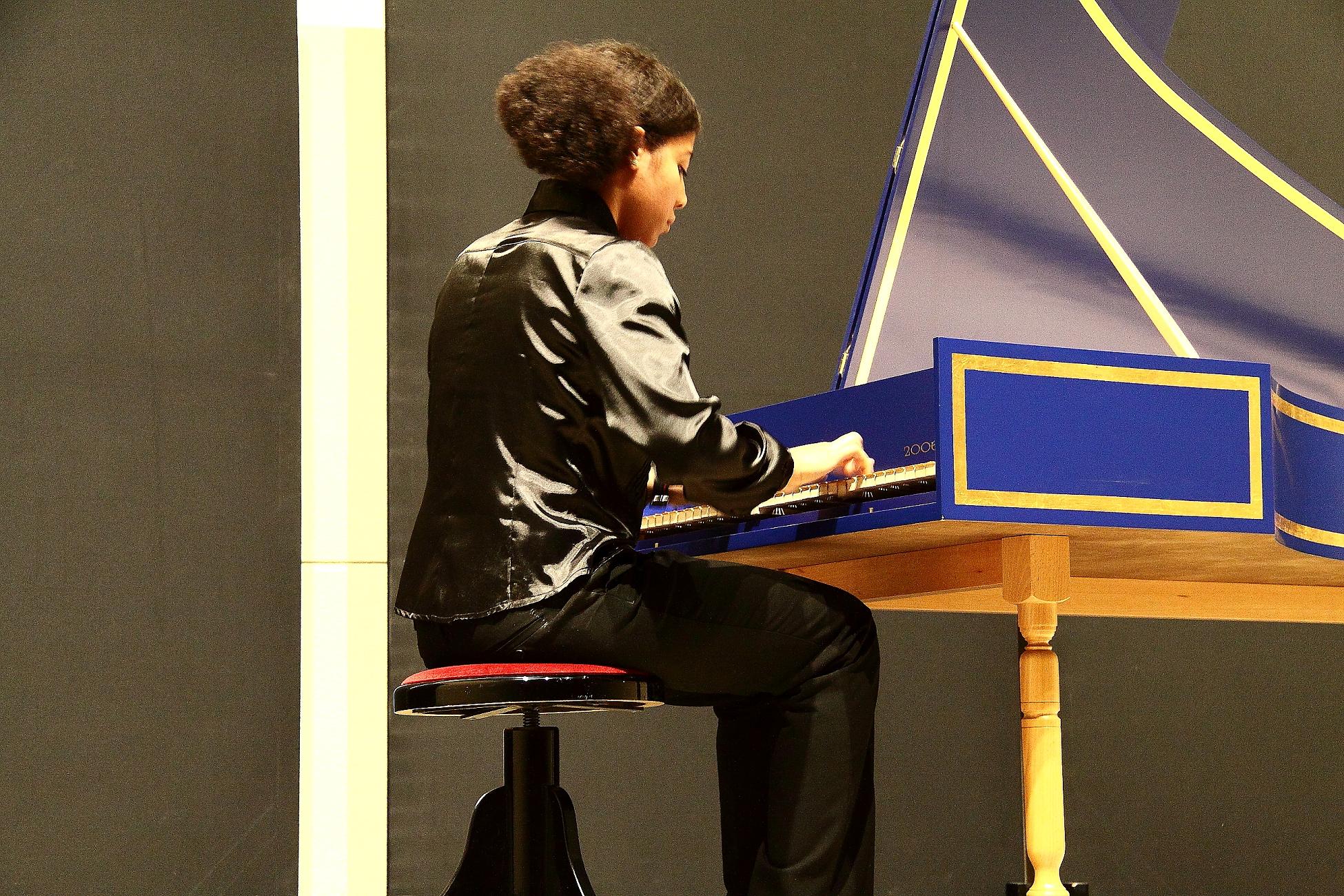 She is born in León in 1992 and studies clef in the Professional Music Conservatory, José Castro Ovejero in León, with Delia Manzano. She graduates with the highest marks in every subject. Nowadays she is Silvia Márquez’s pupil in the Higher Music Conservatory of Aragón.
She has attend continuing-education courses with Pierre Hantaï (Montisi -Italia 2010), Ilton Wyuniski (Aveiro –Portugal 2005, Vinça -France 2006, “Académie Musicale de Villecroze” 2011) and Jacques OGG (Salamanca, 2011).

She has won several prizes like the Castilla y León Special Music Prize (2010) and the special mention from the jury of the Permanent Contest of Spanish Musical Youth Associations (October, 2010). In 2009 she won the First Prize in the VIII Contest “Intercentros Melómano de Castilla y León” and special mention in the national stage of the contest. She has been shortlisted for the “Torneo Internazionale di Musica”, that takes place in Juny, 2012.