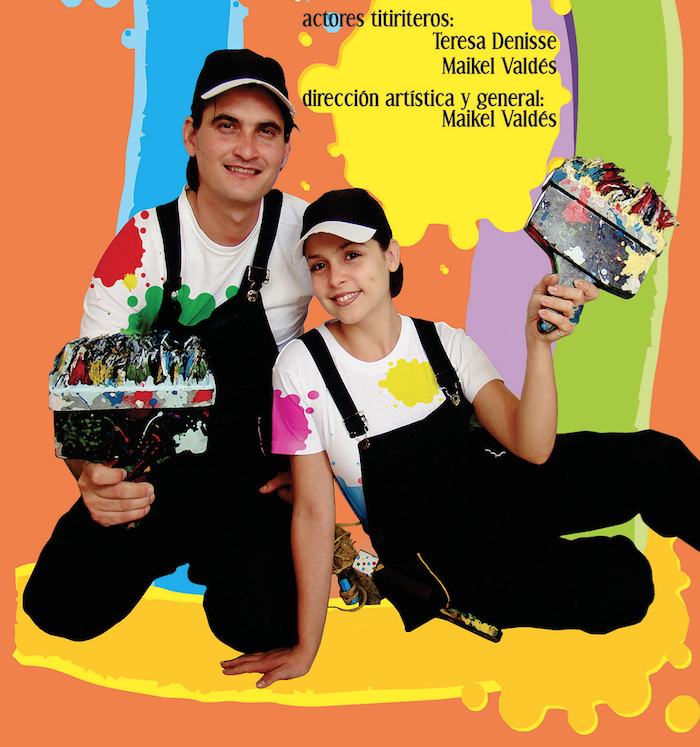 The Theater Group Los Pintores arises in 2010 within the Grupo Teatro Escambray. Since then, its members Maikel Valdés and Teresa Denisse, both actors from Santa Clara (Villa Clara, Cuba), have maintained an active repertoire for children and family audiences with which they have toured several festivals in Cuba, Venezuela, Italy and Spain.

Los Pintores dedicates its work to the figure animation theater, the union of the acting work with the puppet being the main source of the discourse. In their staging they emphasize the way in which the actor and the puppet, in equal conditions, dialogue creating poetic spaces and strategies of representation for the structure and conceptual scope of the shows.