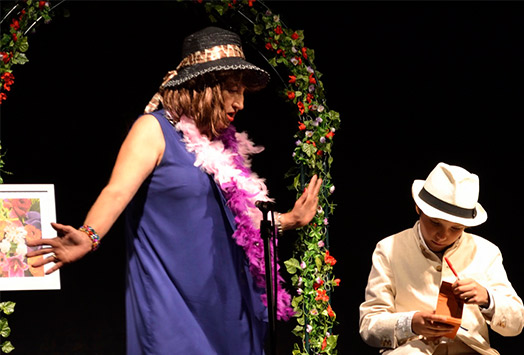 The chameleon tells a story about some confused and altered characters, who fight and argue with each other while changing their minds. They transform themselves like a chameleon, according to the orders and impulses of the true protagonist of the story: a dog.

Mr. and Mrs. Pérez is about a couple who chats during an ordinary morning… This play is a tribute to actors and actresses, who are able to translate the same words into different stories.